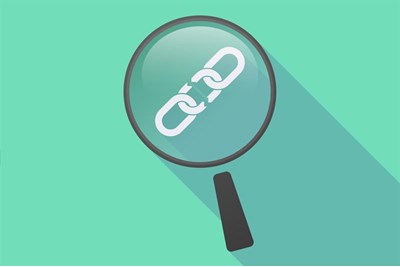 I fully agree with the findings and would like to add that strong and agressive team leaders influence the engagement results to some degree. In my experience with surveys actual outcome of ...

Engagement surveys are not always an accurate measure of true engagement, according to new research

The research, by Ashridge Executive Education, Engage For Success and Oracle, revealed that engagement is still a significant issue. Only a quarter (25%) of teams were found to be engaged and almost a third (32%) were actively disengaged.

The findings suggested that engagement surveys may not be an accurate reflection as teams are not simply either engaged or disengaged. The researchers said that team engagement comes in ‘shades of grey’, with teams also able to be just ‘satisfied’ or presenting an illusion of engagement because that is what the organisation wants to hear.

The research uncovered four different engagement types. The first was the ‘zone of disengagement’, the category which 32% of teams fell into. These teams were found to be inward-looking, had cliques, high levels of mistrust, and team members described themselves as over-worked, stressed or burnt out.

In the zone of contentment (21%) team members do the minimum amount of work required and do not seek stretch or challenge. The researchers found that 14% of teams initially perceived by their organisations to be highly engaged actually fell into this ‘contented’ category.

In the zone of pseudo-engagement (21%) team members played the system to serve their own needs – stretching workloads to fill time for example – and giving managers the illusion that they are engaged because that is what management wants to hear.

The ideal level was the zone of engagement (25%), where teams are active and solutions-focused, and where there is a positive atmosphere, a high degree of connectivity, and team members support each other personally and professionally.

Amy Armstrong, researcher from Ashridge at Hult International Business School, who co-authored the report, said that the way we measure engagement is not providing a fully accurate picture of organisations. "The reality on the ground is much more complex and much more nuanced. We also found that team leaders are the makers or breakers of team engagement; the quality of team leadership and people’s experiences of being led are really key,” she told HR magazine

She added that pseudo-engagement can be particularly damaging, and that this can arise when teams have a competitive individualistic climate. “A lot of organisations thought they had high engagement when in fact they have what I call an illusion of engagement. These are behaviours that projected the idea of ‘looking good to a boss’, or the team leader trying to ingratiate themselves to senior management," she said.

“It’s a Machiavellian climate where people are out for themselves to serve their own needs and own careers. These are people who want to present a good PR job to a boss, because that’s what they [the bosses] want to hear.”

The report made a number of recommendations to improve engagement, including helping to turn around poor engagement through encouraging and rewarding a team mindset. “Rewarding team output, discouraging individualism, and stressing how interdependence is the key to success are all vital," said Armstrong. "There should be collective targets and collective rewards."

Armstrong added that strong team leaders also play a significant role in engagement, describing unstable leaders as those that "one day they were extremely supportive, and the next... were closed off and wouldn’t want to talk to anyone.

"We need to recruit people who are both emotionally stable and have strong people skills,” she said.

The report, Shades of Grey: An exploratory study of engagement in work teams, is based on a study of 195 participants from 28 teams across seven industry sectors. Organisations in the study varied from SMEs to UK-based multinationals, and sectors ranged from government and aviation to chemicals and healthcare.

I fully agree with the findings and would like to add that strong and agressive team leaders influence the engagement results to some degree. In my experience with surveys actual outcome of survey results by 10% increase in engagement but business results remained the same.

Is the Shades of Grey: An exploratory study of engagement in work teams report available yet? If so where can I obtain a copy please? Kind regards Rosemary

How was 'engagement' measured in the study? With different definitions, and different ways of measuring engagement it's important to know which measure was used.

Thanks for your comments. If you’d like to read more, a full copy of the research report can be downloaded from: http://hultmedia.ef-cdn.com/~/media/hultedu/executive-education/research/shades%20of%20grey.pdf?la=en Best wishes. Amy Armstrong

Thanks for question Stephen. The organisations we worked with used a variety of different approaches to measuring engagement, so there was no one approach that had been used. What was clear was that regardless of the organisation’s approach to measuring engagement, these surveys did not present the whole picture. It was only by lifting the lid and studying teams in detail that we understood that it was not a case of teams being simply engaged or disengaged. This is where the two new zones of ‘contentment’ and ‘pseudo-engagement’ emerged. If you’d like to read more, a full copy of the research report can be downloaded from: http://hultmedia.ef-cdn.com/~/media/hultedu/executive-education/research/shades%20of%20grey.pdf?la=en Best wishes. Amy Armstrong