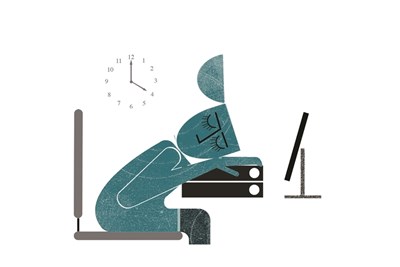 “There has been a sort of euphoric affection for the idea of engagement. And there has been the adoption of the rhetoric of it. The consultants, people like me, the researchers and so on have jumped on the bandwagon either with genuine new ideas or repackaging of old – communication.

However, the fundamental issue is the degree to which people are prepared to share power with others. I don’t think that penny has dropped. Leadership are willing to initiate an engagement programme, a communication programme, but have not yet cottoned on to the fact that real engagement is about the capacity and appetite to share power with others that have something to contribute. That fundamental truth has not penetrated many C-suites as yet. They are still seeing it as a tool rather than as a challenge to their adopted leadership style, which is still top-down, command and control.

We have a Velvet Revolution here, an Arab Spring going on that poses a fundamental challenge to the old presumptions. I don’t think that debate has happened because the discussion is all about programmes, all about tools, all about social media. You first of all need to change your culture. There’s a willingness to use the kit, but not to change the thought mechanisms and the philosophy.”

John Smythe is the owner of Engage for Change

“There’s an ongoing interest in employee engagement; it’s here to stay. People understand its value. They recognise the commercial benefits of having an engaged workforce.

I think the business case is proven. The appetite to invest in and focus on engagement initiatives is there across the board now. It’s seen not just as a ‘nice to have’, but as a business imperative.

I don’t believe we have stalled but in terms of the future there is a common-sense approach to engagement that doesn’t have to be complex. What we have to do is simplify the engagement story so that everyone understands what they need to do to make it happen. And we need to push it down the line so that it is grass roots engagement rather than just the head of HR leading on it. The concept needs to be established that individuals are responsible for engagement themselves and that engagement sits very much at the line manager level.

Yes, it is for the business to set the goals of where it is going. But if the line manager doesn’t interpret that, then it all falls over. The trick is to give them the tools and the skills to own engagement at a local level.”