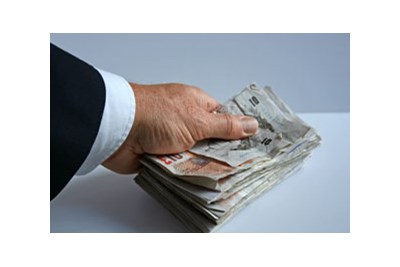 Advertised salaries have fallen to an 11-month low, according to research from job site Adzuna.

The study, UK Job Market Report, found that the average advertised UK salary was £33,696 in June, down 0.9% from £34,002 in May. This marks the fourth consecutive month of month-on-month falls.

The new national living wage, introduced in the summer budget, will help boost the salaries of a significant number of these new roles when it comes into effect.

Although the Office for National Statistics has reported that the unemployment rate has risen by 0.1% month-on-month, Adzuna suggested that this is a temporary blip and unemployment will fall again in the summer.

Andrew Hunter, co-founder of Adzuna, said that the solid growth in vacancies might be behind this unemployment upturn.

“It may even be a sign of greater mobility: as more and more vacancies open up, employees are confident enough to temporarily leave their current job in order to dedicate their efforts to finding a new one,” he said. “Competition for jobs is continually falling away as the British economy starts to spread its wings again. In that context, this minor fluctuation gives us little cause for concern.

“Likewise, weakening advertised salaries signal an increase in the number of available entry-level, part-time and lower-paid positions. While the national living wage should prop up the salaries of those unfairly affected by falling wages, there is definitely still plenty of room for improvement.”

Hunter suggested that the UK needs to review salaries in the public sector. “The shadow education secretary, Tristram Hunt made a serious gaffe in suggesting that doctors need to extend their contracted hours to include weekends – and the backlash from doctors already working around the clock has been viral. Doctors may be the obvious face of healthcare, but we can’t ignore the backbone of nurses and carers that are going to become ever more important in the face of an ageing population, workers who deserve a pay rise.

“Many of our nation’s care personnel are on zero-hour contracts or are paid minimum wage, and these are the people that the national living wage will really assist. However, with employers like IKEA planning to pay above the new minimum perhaps it’s time for some serious thought about NHS salaries – especially at the lower end of the scale.”