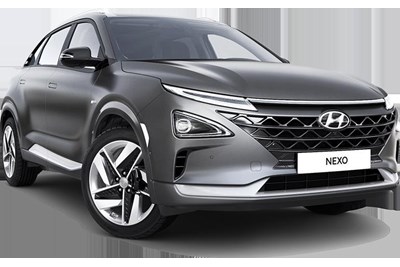 With employees increasingly expecting their employers to help tackle climate change, here's a round-up of the best options for electric, hybrid and low-emissions company cars

There is growing and unprecedented interest in electric vehicles (EVs) from consumers today. In July 2018 AA research found that half (50%) of drivers aged 25 to 34 and two-fifths (40%) aged 35 to 44 would like to own an electric car.

And where the consumer world goes the business world tends to follow. As such, and with employees increasingly expecting their organisations to commit to sustainability goals and environmentally-friendly working practices, this extends to the type of vehicles offered in company car policies.

Recent developments in EVs have brought costs within reach of conventional vehicles, while improvements in technology and infrastructure mean mileage and convenience are both increasing.

This growing demand has already created long waiting lists for the small number of cars produced. But we could be reaching a tipping point – driven by legislation and tax – that will see the floodgates open further on EV availability and choice.

In April 2019 the European Commission set a target for car manufacturers in Europe to meet an average of 95g per kilometre for carbon dioxide (CO2) emissions from the vehicles they sell, starting from January 2020. They will get extra credits for producing zero-emissions cars and will be fined for exceeding the 95g/km average. Stricter targets are also expected to follow in the coming years.

And from April 2020 a new company car tax regime will heavily favour electric cars. The benefit-in-kind (BIK) tax rates for fully-electric vehicles will fall from the current rate of 16% to 2%, while plug-in hybrids will also be incentivised with lower tax, making both options more appealing as fleet choices.

Current battery production is limited by factory capacity, but this could change as car manufacturers gear up for a boost in the next year. Therefore, during 2020, supply will more readily meet demand and the wait for electric car orders should be no longer than that for conventional fuel models.

So with pressures and opportunities mounting from all sides to make fleet policies green, HR is now spoilt for choice between hybrid, electric, clean diesel and other sustainable alternatives. Here are some of the more popular ‘green’ company car choices on the market.

Of the defined petrol-electric hybrid cars that we are now familiar with, the Prius has been a benchmark and is now in its fourth generation. Its outlandish looks might be off-putting for some. But fortunately there are more conventional-looking alternatives. While CO2 emissions are low you don’t get the benefits of a plug-in car. But then you never have to mess about with plugging it in either. Overall fuel economy is comparable with a medium-size diesel car.

One of the oldest plug-in hybrids still on sale, the Outlander kick-started the market for plug-in hybrid EVs in the UK when it was launched back in 2014. It was a large practical SUV and, when you counted the plug-in car grant (the government’s grant designed to promote uptake of electric vehicles by providing a discount on the purchase price towards the cost of eligible vehicles), it had a similar purchase price to the diesel versions. However, plug-in hybrids no longer qualify for the grant but its 30-mile electric range should see its BIK tax band fall by four percentage points next year. Be wary of a sharp increase in VED because of the £40,000-plus price tag.

The electric car might have been pioneered by models such as the Nissan Leaf and Mitsubishi i-MiEV, but that was almost 10 years ago and other manufacturers have now caught up. Some electric vehicles are now matching or bettering conventional cars in terms of overall costs, partly because of their eligibility for the plug-in car grant. There are more expensive larger EVs than the e-Niro (although this isn’t cheap at £36,000), such as the Jaguar I-Pace, Audi E-tron and Tesla models. But the Kia seems to strike the best balance of performance, cost and range, being capable of more than 250 miles on a single charge.

The Nexo has only just gone on sale in the UK, and its appeal will be limited by the UK’s embryonic hydrogen refuelling infrastructure as well as the car’s price. But it is very green and sustainable, with the latest hydrogen refuelling sites creating the gas from electrolysis of water, and the energy for the process being provided by solar panels. The Nexo has a luxury SUV feel, but with 163 horsepower it doesn’t have the performance of similarly-priced battery electric cars like the Jaguar I-Pace and Audi E-Tron.

Electric car choices may be growing, but conventional technology is continuing to improve and car manufacturers will not reach their EU-mandated emissions targets without diesel. Jaguar has stolen a march on rivals with this new diesel model launched in 2019 that meets new emissions rules years ahead of their implementation. Its RDE2-compliant engine is so clean it avoids the 4% supplement on BIK tax usually applied to diesels.

*Running cost data, projected at three years/60,000 miles, combining depreciation, servicing, maintenance and repair and fuel, supplied by KeeResources KWIKcarcost, and correct as of May 2019.