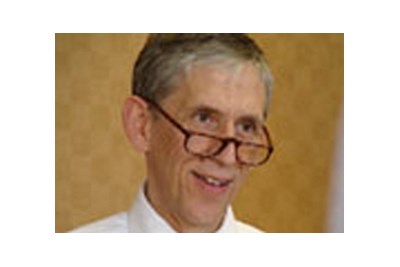 HR directors must not be complacent that the case for engagement has been won effectively in government and business, warned report author David MacLeod today.

"It is the duty of HR to be clear what the evidence around engagement is and to make it understandable to both business and employees," he said.

MacLeod made the comments this morning at HR's employee engagement breakfast seminar at the Commonwealth Club in London, which was attended by over 150 HR professionals and which also discussed the results of HR magazine/Fairplace's Employee Engagement Survey 2010.

MacLeod was co-author of the 2009 independent report for the Department for Business (BIS), Engaging for Success, which argued that a wider take up of engagement approaches could impact positively on UK competitiveness and performance and meet the challenges of increased global competition. He has a portfolio of responsibilities, which include being a non-executive director of the Ministry of Justice.

"In each of us there is a level of capability and potential. If I am managed in one way, then this can come out. Our challenge is how we can get that extra bit out," Macleod told the HR magazine seminar. He emphasised the importance of employees being valued as people. "Conscious or not, this is the philosophy of most employees – 'I am not a human resource. I am not human capital. I am a human being. If treated like a human being, I will make a greater contribution.' Acknowledging that philosophy is key to employee engagement and therefore to economic success," MacLeod added.

MacLeod emphasised that his report team was currently in negotiations with the Coalition Government on developing work around its Engaging for Success report. "The Government has the power to bring people together and we hope we can be a part of that. The private sector must now grow and the public sector has to do more for less. There are some good examples of both and often employee engagement is at their heart, but there are too few."

Michael Moran, chief executive of consultants Fairplace, which sponsored today's seminar, also spoke in similar vein. "This is our opportunity. We have to step up to the plate," he argued. Also on the panel was Sarah Churchman, director of engagement and diversity at PricewaterhouseCoopers, who discussed PwC's biennial engagement surveys: "A pivotal moment came when we noticed that what our staff was telling us was absolutely in line with our customers' experience." Sîan Harrington, editor of HR, chaired the event.

Results from HR’s 2010 research on employee engagement were also discussed at the seminar and bore out the MacLeod comments. Our research found that CEOs are not listening to the message around engagement, because HR is not convincing them of its importance. More than half of CEOs are not engaged in engagement, the HR survey found: 22% do not understand the concept, 19.2% are not aware of the business benefits and 14.5% are aware of the concept, but do not believe there will be any ROI.

Following the presentations, a lively panel discussion, including questions and contributions from the audience, explored the subject of engagement.

More details of the meeting and discussion will be featured in February’s edition of HR.