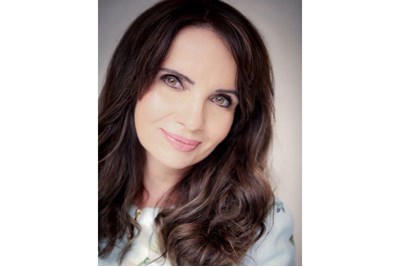 Hlupic is an international award-winning thought leader, an activist for humanising management, and author of The Management Shift and Humane Capital


Hlupic is founder and CEO of The Management Shift Consulting and the Drucker Society London.

She was voted one of the Most Influential HR Thinkers in 2015, 2016, 2017 and 2018 by HR magazine and has won the Croatian Woman of Influence Award as well as an Honorary Award from the Leadership Awards in 2016.

Hlupic is the winner of the CMI Management Articles of the Year Award 2015 and the winner of the Axiom Business Books Award (silver medal in the 'Leadership' category). She has been nominated for the Thinkers50 list and 'Ideas to practice' Award. Her book The Management Shift was selected as one of the top eight books in 2014 by Forbes magazine and it was shortlisted for the CMI Management Book of the Year Award. Her latest book Humane Capital has a foreword written by the Dalai Lama.

As a renowned professional keynote and TEDx speaker she regularly presents at major business events worldwide, including at the Houses of Parliament, European Commission, Home Office, The Economist, The Financial Times and the Global Peter Drucker Forum.

She has published more than 350 academic and practitioner-focused articles, including the award-winning 'To be a Better Leader, Give up Authority' published by Harvard Business Review.

Hlupic is also a management consultant and CEO/board adviser, helping organisations worldwide to substantially improve performance, engagement, innovation and profit. She has advised major international organisations including the House of Commons, GlaxoSmithKline, BP, the National Health Service, Learndirect, Brand Velocity USA, the Drucker Institute USA, the Croatian government and the Hungarian National Bank. For her consulting engagements Hlupic uses her research-based and empirically-validated tools described in The Management Shift, helping leaders and organisations to shift to a new level of working and success.