Veronica Hope-Hailey, dean and head of school, University of Bath School of Management 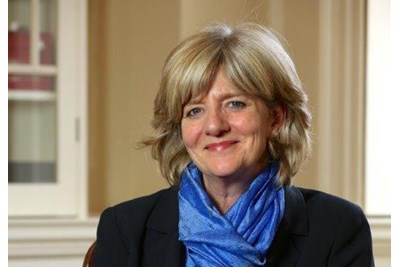 Hope-Hailey is university vice president, dean of the School of Management and holds a chair in management studies

She is currently a member of the steering group for the UK government's Task Force on Employee Engagement and was named among the UK's Most Influential HR Thinkers in 2012, 2013, 2014, 2015, 2016 and 2017. Her previous appointments include associate dean and professor of HRM at Cass Business School, professor of HRM at Cranfield School of Management, professor of strategy at Bath, and also a fellow at the University of Cambridge.

Hope-Hailey has worked for more than 20 years on issues to do with strategic change in organisations and has co-authored one of the bestselling books on the topic, Exploring Strategic Change, for which the fourth edition is forthcoming.

Hope-Hailey specialises in working with large, mature organisations in collaborative research partnerships. A consistent theme of the collaborations is exploration of the challenges of corporate renewal and people transformation. Her most recent work has focused on repairing trust following the financial crisis, culminating in a series of reports for the CIPD: Where has all the trust gone?, Cultivating Trustworthy Leaders and Experiencing Trustworthy Leadership. In 2015 she published two CIPD reports with professor Julia Balogun on 'landing transformational change'. This research was undertaken within 25 organisations, including the John Lewis Partnership, Unilever, Ernst and Young, BBC Worldwide, Zurich Financial Services, Norton Rose, HMRC and a banking group. In 2017 Hope-Hailey published a report with NHS Employers on Creating Collaborative Trust across Complex Health Systems. She has also researched internationally comparing employee engagement and performance management in the UK, India, China and The Netherlands, a project funded by the Society for HRM.

Given most of her time is now spent in her two senior management roles, one of her US academic colleagues asked Hope-Hailey how much she was able to use her research knowledge to inform her everyday practice as a senior manager, to which Veronica replied "every day!".

She is married with five daughters and three grandsons.

Interview with Veronica Hope-Hailey on trust

Guardian article: Trust is in short supply – if we want our economy to grow, we need it