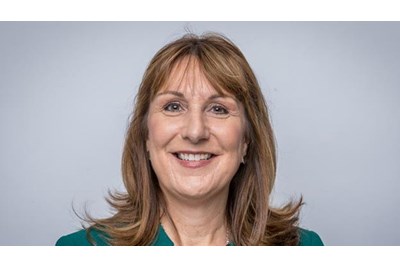 She is currently group HR director for the BBC and has been in this role since 2014. She is a member of the BBC executive committee and is responsible for the design and implementation of the BBC’s HR and internal communications strategy.

Prior to joining the BBC Hughes-D'Aeth was group HR director at support services organisation Amey, with responsibility for the HR, marketing/communications and health, safety and sustainability strategy for 20,000 employees. During this time she led the people integration of 10,000 employees from acquired company Enterprise.

She previously held the role of group HR director for Steria, based in Paris, with global responsibility for 20,000 employees. She joined Steria in 2007 as a result of it acquiring Xansa and was responsible for the people merger of the two organisations. She had worked at Xansa for 10 years, initially on a part-time basis while bringing up a young family and then moving to become group HR director in 2004. In addition to leading the HR function she developed a new HR outsourcing service line for the organisation from India.

Her earlier career was spent initially at Selfridges as a personnel manager and then at EDS (now Hewlett Packard), which she joined while living in the Netherlands. She spent four years there heading up European recruitment and then becoming HR director for northern Europe. She transferred to the UK with the organisation as head of European compensation and benefits before becoming UK HR director.

She is a fellow of the CIPD and has a BCom degree from the University of Birmingham. Outside of the BBC she mentors final year university students, is a court member for the Guild of HR Professionals, and adviser to the remuneration committee of the Donmar Warehouse theatre.