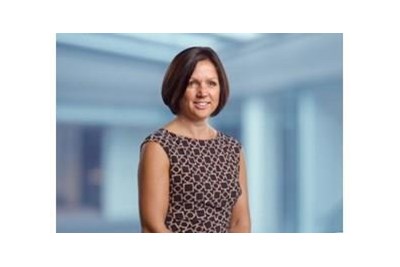 Between 1985 and 2002 Clarke held a number of roles in retail, commercial and corporate banking, in addition to group functions both in the UK and Hong Kong.

She became the group head of human resources in March 2006. Her portfolio expanded in January 2010 to include communications and overseeing the development of the corporate affairs strategy for the bank. She was appointed as a director of the bank in January 2013.

From 2013 until 2015 Clarke led a broad portfolio including legal and compliance, human resources, corporate affairs and brand and marketing.

During her time as director of legal and compliance, Clarke played an instrumental role in driving the bank’s compliance and conduct agenda and the Financial Crime Risk Mitigation Programme.

In October 2015 she was appointed CEO for Europe and the Americas, and assumed her additional role of CEO of private banking in March 2018.

In her role as CEO, Europe and Americas she is responsible for the Corporate and Institutional Banking, Private, and Retail Banking businesses in the US, Latin America, the UK, Jersey, Germany, France, the Nordics and Turkey.

In June 2012 Clarke was appointed to the board of Sky as an independent non-executive director. In September 2015 she joined the board of England Netball and she is also a director of City UK.

She is a fellow of the Chartered Institute of Personnel Development and a member of the Institute of Financial Services. Clarke holds an MBA from Henley Management College and Brunel University. She is married with two daughters and currently based in London.