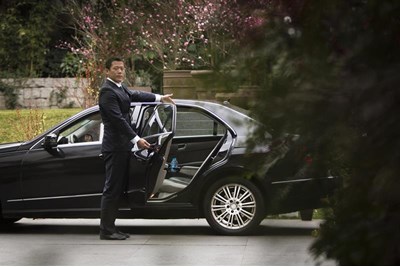 An employment tribunal recently ruled drivers are workers, not contractors. How should firms react?

Are alternative employment models fit for purpose or an unnecessary exposure to risk? This is a question many businesses may be contemplating following the Employment Tribunal’s recent decision that Uber drivers are workers not independent contractors. The government has launched an inquiry into the future of the world of work and, in particular, the status and rights of workers, including agency workers, the self-employed and those working in the ‘gig’ economy. So worker status is under scrutiny.

The significance of the Uber ruling

Two Uber drivers launched Employment Tribunal actions claiming that they are workers, not independent contractors, and therefore entitled to national minimum wage and holiday pay, and to claim detrimental treatment on whistleblowing grounds. Following a preliminary hearing to determine the drivers’ status the Tribunal concluded that they are workers. This means the drivers can pursue their substantive claims.

Individuals working for businesses that operate similar arrangements are being encouraged by unions to protect their position by bringing Tribunal claims. The potential costs for companies such as Uber may be high if large numbers of their workforce are considered to be workers. Uber argues their drivers do actually receive the minimum wage. However, the Tribunal decided that drivers are working - and therefore entitled to the minimum wage - when they are logged on to the Uber App and in the territory in which they are authorised to drive not just when they are carrying a passenger as Uber contended. Additional costs may also arise in relation to holiday pay and additional national insurance costs arising from the operation of PAYE.

Uber will appeal the decision

Businesses may take a ‘wait and see’ approach, in particular pending any further developments as a result of the government inquiry. However now is a good time to review the sustainability of current working arrangements and consider changes that could help reduce legal and financial risk.

The judgment highlights some key points to consider:

Documentation must reflect how arrangements work in practice

The Tribunal emphasised that Uber’s engagement model and written documentation did not reflect the reality of how Uber’s business operates or the relationship between Uber and the individuals working for it. Businesses should check their documentation reflects the reality of working practices.

There is no determinative factor for deciding whether an individual is a worker, employee or independent contractor but certain factors are indicative of one or the other.

Notable factors indicating an independent contractor relationship include the absence of any mutuality of obligation between parties (either to provide or carry out work); an element of financial risk borne by the individual; limited or no integration into the business; and autonomy in the provision of the service.

Factors indicating an employment relationship include mutuality of obligation (to provide and carry out work), personal service, integration into the business, and perhaps most notably, control.

Uber emphasised that drivers are never under any obligation to switch on the app, or when logged on to accept any journey offered to them. Uber argued that such freedom was incompatible with any form of employment or worker status. However, in the Tribunal’s view, this flexibility was not sufficient to establish independent contractor status.

The Tribunal emphasised that Uber has a degree of control over the drivers that is more indicative of a worker relationship than one of an independent contractor. For example, Uber sets a default route for drivers to follow, handles complaints from passengers sometimes without reference to the drivers, and logs drivers who repeatedly refuse journeys out of the app.

Businesses that wish to operate a non-employee/worker staffing model should review their current arrangements to identify if factors indicative of a worker or employment relationship exist. It may be possible to implement changes to recalibrate the balance in favour of a non-worker model. For example, introducing an element of financial risk, allowing contractors to profit from their own endeavours, or minimising the control the business exercises over the way in which the individual provides their services.

Alternatively, businesses may decide to accept that certain groups have worker-status and make changes to their business model consistent with this. Businesses could require a minimum level of commitment from workers which would provide the business with greater certainty as to availability of staff. It could operate two models in parallel. One in which individuals have greater obligations, such as a minimum requirement to be available for work and a guarantee of work in return for greater rights and pay, and another in which current flexibility levels and absence of obligation are maintained and individuals are required to bear a greater financial risk in how they will be paid (for example, only if the customer ultimately pays).

So... are your staffing arrangements fit for purpose?