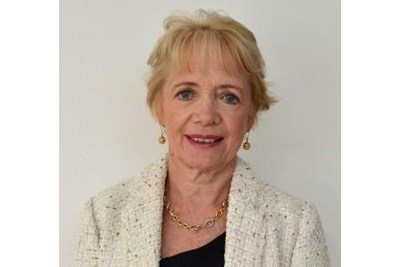 Susan's research interests focus on the lack of women in leadership, specifically on corporate boards; women's leadership styles and the issues involved in women developing their executive careers.

Susan was Founder Director of the Cranfield International Centre for Women Leaders from 1999 to 2016 and the Deloitte Ellen Gabriel Endowed Chair in Women's Leadership at Simmons College, Boston, USA from 2013-2016. She and her co-authors produce the annual Female FTSE Board Report, which she launched in 1999 and is regarded as the premier research resource on women directors in the UK and is renowned globally.

She has written ten books and over one hundred articles, reports and conference papers. Her latest book “Handbook of Research on Promoting Women’s Careers” (Eds. S Vinnicombe, R.J. Burke, S. Blake-Beard and L.L. Moore) was published by Edward Elgar in 2013.

Susan receives regular recognition worldwide and was honoured in 2016 by the International Women's Forum in Washington as a woman who has "Made a Difference" in the world and become a Companion of the Chartered Institute of Management in the UK. Susan was also named in the HR Magazine Most Influential Thinkers, 2016 and 2017.

Susan has been presented with the Richard Whipp Lifetime Achievement Award by the British Academy of Management. She was a member of The Lord Davies Steering Committee on Women on Boards between 2010 and 2015 and has recently been invited onto the Advisory Board of the Sir Philip Hampton/Dame Helen Alexander Review on the lack of women in the executive pipeline and that of Sir John Parker’s Review of the lack of ethnicity on FTSE 100 boards.