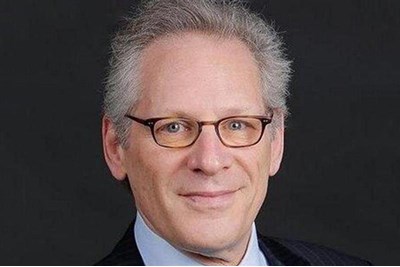 Friedman has been on the Wharton business school's faculty since 1984

He became the management department’s first practice professor for his work on applying theory and research to the challenges facing organisations. As founding director of The Wharton Leadership Programme, in 1991 he initiated the required MBA and undergraduate leadership courses. He is also founding director of Wharton’s Work/Life Integration Project.

An award-winning teacher, he appears regularly in business media (The New York Times cited the 'rock star adoration' he inspires in his students). He has been recognised twice as one of HR magazine's Most Influential International Thinkers and as one of the world's top 50 business thinkers three times by Thinkers50. In 2015 he won the Thinkers50 Distinguished Achievement Award in the talent management field. He's published more than 50 articles for HBR.org, including one listed first among Harvard Business Review's 'Ideas that Shaped Management' in 2013. He was chosen by Working Mother as one of America’s 25 most influential men to have made things better for working parents, and was honoured by the Families and Work Institute with the Work Life Legacy Award.


Friedman’s most recent book is Leading the Life You Want: Skills for Integrating Work and Life, a Wall Street Journal bestseller. It builds on his award-winning bestseller, Total Leadership: Be a Better Leader, Have a Richer Life, which has been translated into many languages. The programme it describes is his challenging Wharton course, in which participants complete an intensive series of real-world exercises designed to increase their leadership capacity and performance in all parts of their lives by better integrating them, while working in high-involvement peer-to-peer coaching relationships and completing much of the activity online in a cutting-edge social learning environment. Total Leadership is used by individuals and companies worldwide, including as a primary intervention in a multi-year study funded by the National Institutes of Health on improving the careers and lives of women in medicine and by 135,000+ students who were enrolled in Friedman’s highly-rated MOOC on Coursera.

In 2001 Friedman concluded a two-year assignment as a senior executive at Ford Motor Company, where he was director of the Leadership Development Center (LDC) running a 50-person, $25 million operation. In partnership with the CEO he launched a corporate-wide portfolio of initiatives designed to transform Ford's culture; 2500+ managers per year participated. Near the end of his tenure at Ford an independent research group (ICEDR) said the LDC was a 'global benchmark' for leadership development programmes.

Friedman worked for five years in the mental health field before earning his PhD in organisational psychology from the University of Michigan. He has published on work/life, leadership, and the dynamics of change, including the widely-cited Harvard Business Review articles 'Work and life: the end of the zero-sum game' (1998); 'Be a better leader, have a richer life' (2008); 'Work+Home+Community+Self' (2014); and 'The Happy Workaholic: a role model for employees' (in Academy of Management Executive, 2003). In 2013 Wharton Digital Press published his landmark study of two generations of Wharton students, Baby Bust: New Choices for Men and Women in Work and Family. Work and Family – Allies or Enemies? was recognised by the Wall Street Journal as one of the field's best books. In Integrating Work and Life: The Wharton Resource Guide Friedman edited the first collection of learning tools for building leadership skills for integrating work and life.

He serves on a number of boards and has advised a wide range of companies and public sector organisations, including the US Department of Labor, the United Nations, and two White House administrations. He gives keynote addresses and conducts workshops globally on leadership and the whole person, creating change, and strategic human resources issues.

Total Leadership: Be a Better Leader, Have a Richer Life

Why parents aren’t honest in the workplace

Harvard Business Review article: Be a better leader, have a richer life

Academic article: Implications of the revolution in work and family