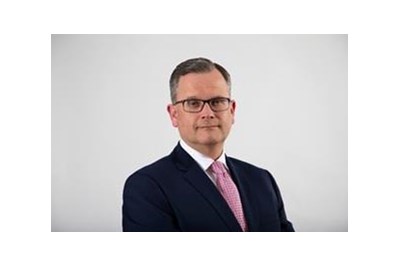 ​With an annual operating budget of more than £1.3 billion and employing 18,500 people, the City of Edinburgh Council delivers more than 700 public services to the people who live, work, study in or visit Scotland’s capital city

As the Council’s executive director of resources since 2017, Moir is responsible for the strategic leadership of the Council’s corporate and customer services covering a direct budget of £161 million and 2,800 people including: human resources and organisation development; finance; commercial and procurement; digital; legal, audit and risk; health and safety; property, estates and facilities management, customer contact, council tax and business rates collection; welfare reform and benefits administration; and Council-wide business and administration support services.

In his last role Moir was chief people officer for NHS England and head of profession for HR in the NHS, the fifth-largest employer in the world. Before NHS England Moir was deputy chief executive of the Yorkshire Ambulance Service NHS Trust and has worked as an executive director for more than 15 years.

An HR professional by background, Moir has worked in a range of roles both within and beyond HR in the NHS, local government and the police service, at local, regional and national levels.

Moir is a past president of the Public Services People Managers Association (PPMA) and has also held a range of non-executive roles, including serving for six years as a board member of the Chartered Institute of Personnel and Development (CIPD). He has also been a non-executive director on the boards of the national improvement agencies for both local government and the police service.

He has previously featured in the HR Most Influential List and his teams have won a number of HR awards, including the HR Excellence Award for employee engagement. Moir is also a previous finalist for HR director of the year.