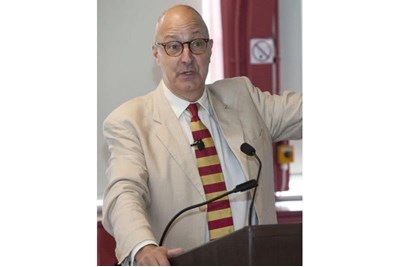 Fanshawe has spent decades improving opportunities for LGBT+ people, and calling out where bias and discrimination still exists

The origins of our business and our approach to diversity grew out of a combination of despondency and optimism. Despondency that with all the money, time and effort invested in diversity progress has been depressingly slow and small. I count them every year and there are still more men called John, David and Andrew in the top 300 roles in the FTSE 100 than there are women and people from black and Asian backgrounds.

Our optimism was that we could develop some lasting solutions. And we have focused particularly on redesigning recruitment, attraction and promotion so that the numbers actually change. We have been inspired intellectually and practically by the work of Iris Bohnet, Albert Pratt professor of business and government at Harvard University. Her research points us all definitively away from training and towards re-designs that enable us to make better decisions about people by turning down the volume of our own biases as much as possible. And we have also used extensively the work of many researchers and practitioners on what makes the most effective teams.

We are currently trialling Recruiting for Difference on up to 50 roles in 25 NHS Trusts across England and a similar exercise, in partnership with the Faculty of Engineering at Nottingham University in a Engineering and Physical Sciences Research Council invested project, with both commercial and academic organisations in STEMM (Science, Technology, Engineering, Mathematics and Medicine),

When I co-founded Stonewall in the late-1980s I realised that our success would flow from not just righting the wrongs that lesbians and gays suffered through discriminatory policy and law, but more importantly by developing a platform from which lesbians and gays could make our contribution to a society we all wanted to live in. The same is true of diversity in organisations. It’s not a minority pursuit. It’s about a company valuing the combination of everyone’s difference in order to achieve its strategic goals. We divide diversity into two focuses: the deficits and the dividends.

Organisations have to tackle the former to include those excluded in order to realise the latter. But, once you’ve unblocked those barriers for certain groups of people, it’s then the dividend that can engage everyone, because everyone has a contribution to make. The reason our work gets such traction is this fresh approach – we don’t point the finger, we don’t duck the difficult issues, and we drive change. And above all we’re jolly. Ten years in stand-up hasn’t done any harm at all to the way I (or my business partner Roy) have always engaged staff to makes a measurable difference. Our work is not about 'diversity', it’s about talent.

I have worked as a non-executive director on many boards (commercial and charitable) and been chairman of a university (Sussex) that we doubled in size, financial capacity and led into the top 10 of the teaching and research league tables during my chairmanship. In all of this deploying the combination of difference around the table is what has led to success and innovation.

I also broadcast and write for various newspapers. I was awarded an OBE in 2013 for services to higher education and made an honorary doctor of the University of Sussex for services to diversity and human rights.

Various writing and videos on aspects of diversity by Fanshawe: diversitybydesign.co.uk