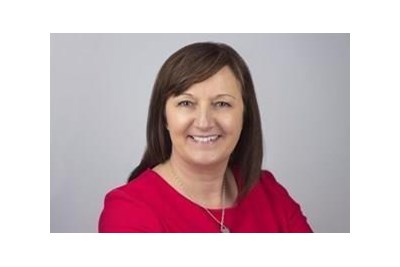 During her 13 years within the business, Sharon Ashcroft has played a strategic role in building a distinctively positive culture; one that rewards, nurtures and inspires the 3,200 employees that make up the TrustFord family.

Ashcroft joined TrustFord in 2005 as an HR manager and was given a key role in a number of large HR initiatives. This included a unique, £2 million, HR-driven customer services training programme that has resulted in more than 3,000 members of staff across 65 dealership sites earning either an NVQ in customer service or a Ford Retail ICS diploma. This is an industry first.

Following her appointment to HR director in 2013, Ashcroft led an ‘organisational clarity project’ that resulted in the collaborative formation of TrustFord’s purpose, principles and ambition – an overarching ethos centred on customer and colleague satisfaction that guides the whole organisation. She also launched an Induction Academy in late 2014; a full-immersion residential on-boarding course, unique within the automotive industry, which has resulted in an increase in employee retention and reduction in attrition. To support this initiative Ashcroft introduced an innovative internal communications app connecting all 3,200 colleagues.

During her long career at TrustFord she has introduced a revolutionary approach to recruitment. Ashcroft and her team of 25 use personality, ability and competency assessment tools, as well as assessment centres to ensure new colleagues are measured on their behaviours. This has resulted in a workforce recruited from a much broader talent pool, all of which share the same ethos. Under her stewardship TrustFord was listed at number 20 in The Sunday Times' Best 25 Large Companies to Work For 2018, placing TrustFord as the highest automotive company. Ashcroft led by example, with the HR division gaining the highest satisfaction scores in a confidential survey that was circulated to every employee as part of the award’s assessment.

Ashcroft is passionate about diversity and fairness in the workplace. She has been involved with the ‘Speakers for Schools’ programme for the past two years as part of her efforts to change the perceptions of the automotive sector, and to inspire young people to consider a career in the industry.