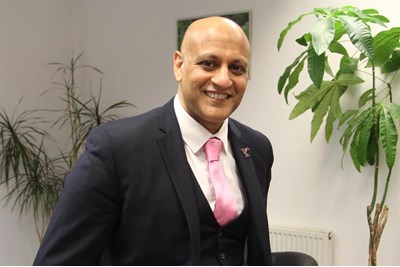 With more than 20 years’ experience in not-for-profits, Butt has been part of various senior management teams leading on strategic direction, OD and change management

Butt has sat on various boards and committees; most notably as a board director of one of the largest relief and development charities in the world (Islamic Relief Worldwide) working in more than 40 countries. He currently sits on the CIPD board of trustees as the honorary treasurer chairing the Audit Committee and as a member of the Remuneration Committee. Butt is also part of the regional leadership team of Mosaic (Prince’s Trust) where he is passionate about raising the aspirations and self esteem of young people in deprived communities.


Butt has professional qualifications in two different disciplines granting him a unique perspective on the two most important resources in any organisation – people and money. He is a qualified chartered fellow of the CIPD with a Masters in HR management. He is also a qualified fellow of the Association of Chartered Certified Accountants, and holds a diploma in charity accounting from the Institute of Chartered Accountants in England and Wales.

In 2013 Butt received the CIPD award for best overall performance. He'd achieved a distinction three years consecutively and a commendation in 2014 for the CIPD Michael Kelly Outstanding Student Award Advanced Level for practical application of learning.

Under Butt's leadership and direction his HR team was awarded CIPD's HR team of the year – Third Sector in 2015 and received a commendation award for Best ER initiative, also in 2015. Thereafter in 2016 Butt was awarded HR magazine’s Most Influential Not for Profit and his team received the Employee Engagement Award from Agenda Consulting for having doubled the response rate and achieving a high engagement score. This led to the team being shortlisted as finalists in the HR Excellence Awards in the same category, and Butt was nominated for HRD of the Year.

Butt has judged both the prestigious HR Excellence Awards 2016 and the CIPD Awards 2017 and reviewed forthcoming books by HR thought leaders and practitioners.

Butt enjoys writing for and contributing to HR publications, particularly HR magazine but also HRD magazine and People Management, on a range of HR and management issues as well as speaking at conferences such as the HRD Summit and attending round tables to shape and influence the HR profession.

Currently Butt is launching his consultancy – HR Hero 4 Hire – offering HR, OD, coaching and public speaking to support organisations and HR leaders in ‘changing the world one day at a time’.


HR magazine article: It doesn't have to be lonely at the top