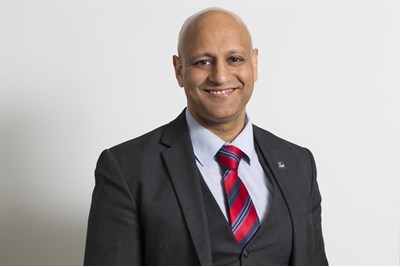 ​Shakil Butt is an award winning director of one of the largest relief and development charities, Islamic Relief Worldwide, in the world leading an award winning global HR team in Asia, Africa and the Middle East.

Having worked in the humanitarian sector for over 20 years he is an experienced member of the senior management team leading on strategic direction and change management. As the HROD director of Islamic Relief Worldwide, Butt is responsible for human resources and strategy, policy and process and previously has led on learning and development, evaluation and internal audit.

Butt has the professional qualifications in two different discipline,s granting him a unique perspective and added value focused on the two most important resources in any organisation – people and money. He is a qualified chartered fellow of the CIPD with a Masters in HRM. He is also a qualified fellow of the Association of Chartered Certified Accountants and holds a diploma in Charity Accounting from the Institute of Chartered Accountants of England and Wales.

Since 2013 Butt has been an active member of the HR directors INGO working group where he regularly meets other HR directors to discuss issues, work collaboratively, sharing learning and concerns in an open forum. This is a closed group by invitation only and has the HRDs of the largest charities in the third sector including DEC charities such as Oxfam, Save the Children and the British Red Cross as well as charities like Amnesty International and Fair Trade.

In 2014 Butt was awarded the CIPD award for best overall performance achieving a distinction three years consecutively and a commendation for the CIPD Michael Kelly Outstanding Student Award Advanced Level for practical application of learning. Working closely with the IR Academy, as a trainer, he has delivered a number of learning interventions such as ILM accredited management development programmes nationally and internationally and is a certified Adair International trainer, MBTI practitioner and an assessor for ILM. His work to develop senior leaders has featured in the cover story for People Management Magazine April 2015 posing the question ‘Can we fix managers? (http://www.cipd.co.uk/pm/peoplemanagement/p/paymentgateway.aspx?returnURL=/pm/peoplemanagement/b/weblog/archive/2015/03/19/can-we-fix-managers.aspx&blogid=2&postid=99398).

Butt is also a fellow of the IR Academy (http://iracademy.org.uk/research/shakil-butt/) that has published his research paper on values (http://library.iracademy.org.uk/the-role-of-values-and-their-relationship-with-faith-in-a-faith-based-organisation/).

Earlier this year Butt was a judge for the prestigious HR Excellence Awards and has contributed to faith-elated articles for HR magazine (http://www.hrmagazine.co.uk/article-details/helping-your-employees-cope-with-ramadan).

More recently Butt joined the CIPD board in June 2016 (http://www.cipd.co.uk/cipd-hr-profession/about-us/board.aspx ) to bring together his HR and finance skills by chairing the audit committee and he will also be replacing the incumbent treasurer early 2017.

Outside of work Butt has been a mentor with Mosaic for several years which is a charity that works with young people to raise their aspirations and self-esteem through mentoring workshops and interactive sessions held on site in schools. He has been recognised for his outstanding contribution (http://www.mosaicnetwork.co.uk/celebrating-a-year-full-of-achievements-in-the-west-midlands/ , https://www.flickr.com/photos/mosaic-network/sets/72157654608432675) and last year joined the regional leadership group for Mosaic (http://www.mosaicnetwork.co.uk/shakil-butt/).