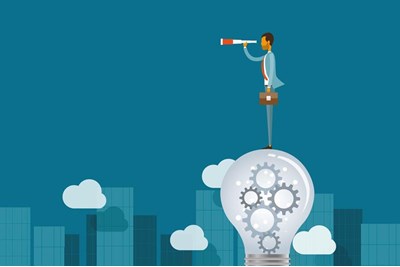 Governance needs to be about more than a set of rules. But behaviour is not easy to change, writes Simon Lee

Two of the most trusted British businesses, and by-words for quality, have been Rolls Royce and the John Lewis/Waitrose group. But each has been in the news this year for governance failings; the former for bribery and corruption on a massive scale, the latter for mis-labelling New Zealand meat as British. These examples can therefore serve as illustrations of the governance challenges and opportunities for HR professionals.

If you are seeking a tick-box approach to governance, look away now. That mind-set is the problem, not the solution. If the HR team thinks that a set of rules, a training session and a little video on the intranet or internet will deal with governance, it is time for a new HR team as well as a new perspective.

Talking of teams, there is a value in seeking analogies in sport. Professional sport has as many problems, if not more, as other industries, but because sport is so much in the public eye, it is often easier to appreciate and learn from its successes and failings than from our own workplaces. We can see in slow-motion replay footballers who pull shirts, footballers who dive as if they have been fouled, and people in a daze with concussion from heading the ball or tackling, even if we rely on investigative journalism to uncover drug cheats in cycling and athletics, cricketers who take bribes to bowl no-balls or wides in betting scandals, abuse by coaches and unrepresentative governing bodies.

The natural assumption is that governance is for the referee or the umpire in a sport and that, by analogy, a business might have a governance unit or function with the responsibility of regulating others. In my opinion, however, good governance is a matter of encouraging every colleague to understand how the game looks if you are playing in goal. At my low level of five-a-side football, this actually happens, that everyone takes a turn in goal. More positively, some of us enjoy playing in the position of goalkeeper. Sometimes, you make spectacular, or fortuitous, saves. Sometimes you can even turn defence into attack. You can in any event see the game unfold in front of you and encourage team-mates. That is the attitude needed for good governance.

The Daily Telegraph explained Rolls Royce’s bad practice in this way: "This corruption included failing to prevent bribery or using middlemen to offer bribes - including a Rolls-Royce Silver Spirit car - to win sales of civil and military aircraft engines and energy equipment, and covering up illegal business practices. Rolls indulged in these practices in Indonesia, Thailand, India, Russia, Nigeria, China and Malaysia, with the actions running from 1989 to 2013. Documents released by the US and Brazilian authorities showed the company also admitted corruption in Angola, Azerbaijan, Brazil, Kazakhstan and Iraq."

The Serious Fraud Office investigated a whistle-blower’s allegations. In January, Rolls Royce agreed to £671 million of fines in a Deferred Prosecution Arrangement. The judge who sanctioned this, Sir Brian Leveson, explained that if the case had proceeded to trial and Rolls Royce had been convicted of the undoubted offences, the whole business and many jobs would have been imperilled because, he said: "It is well known that many countries operate public sector procurement rules which would debar participation following conviction." That would have cost Rolls Royce between 15% and 30% of its £75 billion order book. His judgment sets out the full facts is worth reading, not just as a sorry tale of how the company went wrong but also of a rescue story of how it was saved:

This is not to say that the new regime at Rolls has got everything right. In a recent seminar for Open University MBA alumni, we played the two minute guide to ethics which was still available, unchanged, on the Rolls Royce website weeks after the ruling by Sir Brian Leveson. At the time of writing, it is still there.

I asked participants whether it should be

This was not a popular view. Whichever option you choose, there are some merits in the Rolls Royce thinking, the vision, behind their two-minute guide even if, like me, you find the tone unedifying. It could be easily, positively and memorably re-cast as a goalkeeper’s view of the world. If you carry on giving away £670 million-worth of penalties, you are not going to qualify for the Champions League.

To end on a positive note, the new leadership of Rolls Royce saved the company through its ‘extraordinary’ cooperation with the authorities, as recognised by the Serious Fraud Office and the judge, Sir Brian Leveson: "Suffice to say that I entirely accept that Rolls-Royce could not have done more to address the issues that have now been exposed. I comment only that it is a real tragedy that it did not do so following the well-known observations of Kofi Annan, in the foreword to the 2004 UN Convention against Corruption which spoke about it as 'an insidious plague'."

Simon Lee is professor of law and director of citizenship & governance research at The Open University. He has experience as a vice-chancellor of universities and as the chairman of professional sports clubs. He is the author of Uneasy Ethics.