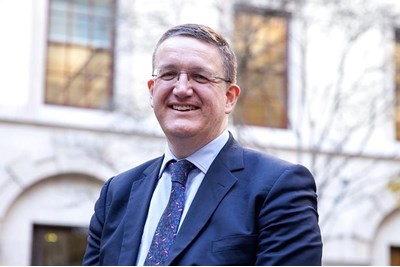 Rupert McNeil was appointed as government chief people officer in January 2016, joining the civil service from Lloyds Banking Group where he was group HR director

As government chief people officer McNeil is responsible for delivery of the Civil Service Workforce Plan, which sets out what the civil service needs to do to attract the most capable and public-spirited people, and build a culture and ways of working that are as good, if not better, than anything on offer elsewhere. He provides leadership on the full range of people issues including talent, capability, inclusion, capacity, leadership, pay, employee deal, performance, employee relations, culture and behaviours.

McNeil is a member of the people board and senior talent forum and reports directly to John Manzoni, the chief executive of the civil service and Cabinet Office permanent secretary.

McNeil attended secondary school in Aberdeen, and graduated in politics and philosophy from St Catherine’s College, Oxford. During his undergraduate degree he spent a semester interning at the US Senate. He attended Harvard Business School’s Advanced Management Programme in 2010.

McNeil began his career at the Confederation of British Industry (CBI) before becoming a partner at Arthur Andersen and Deloitte. Since then he has worked for Barclays Bank, first as executive management director and then as the HR director for global, retail and commercial banking, and at Aviva where he was UK HR director and then HR centre of expertise director.

McNeil is married with two children.