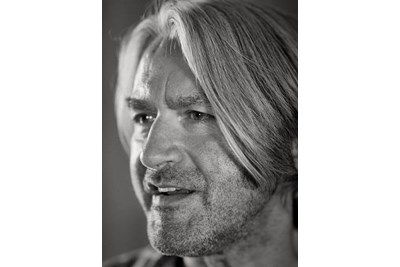 Hi Rob, I left HR some 10 years back after over 25 years and changed career direction and now effectively I’m retired. I appreciate I’m not adding anything here but I often felt in the wilderness ...

Beyond academic research Briner helps practitioners and organisations make better use of evidence, including research evidence, in decision-making as well as encouraging academics to make research more accessible.

He has written for and presented to practitioners on many aspects of HR and organisational psychology and is now involved in many initiatives aimed at developing and promoting evidence-based practice. He has received several awards for his work in this area; including the British Psychological Society Division of Occupational Psychology Academic Contribution to Practice Award in 2014. Briner topped HR magazine’s Most Influential Thinker list in 2016.


The People Space article: Will Starbucks' unconscious bias training change behaviours? The evidence-based jury is out

HR magazine article: An evidence-based approach to diversity and inclusion

Podcast: What Is Evidence-Based Management? About evidence-based management more broadly and the nature of evidence

Hi Rob, I left HR some 10 years back after over 25 years and changed career direction and now effectively I’m retired. I appreciate I’m not adding anything here but I often felt in the wilderness with HR folks and identify with the concept of “fadsurfing”. I actually completed in 1995 the initial post grad course in career counselling and consultancy and I remember being struck by your inherent sense of candour back then and I seem to recall you even challenged the concept of stress even existing - I may be inaccurate there! I was always fascinated by what we now call Employee Engagement which is simply repackaged “involvement”. I applaud your commitment to strive for evidence not merely feel good emotions and virtue signalling etc, I think the concept of resilience has merit and in latter times running a highly stressful sales led company I spent many hours with the youngsters trying to boost their inner toughness and can do spirit. It’s tough for them living in world of now/instant gratification. I always admired a US company called “Blessing White” with strikingly powerful concept aligning individual values where possible to corporate goals.., enough of my nonsense, Keep up the good work getting people to get proper data/measurements! I liked the analogy that measuring BP and heart rate keeps you alive but not correlated with superior performance results.

Hey Charles thanks very much for your comments. And yes your memory of my analysis of the stress concept is correct!