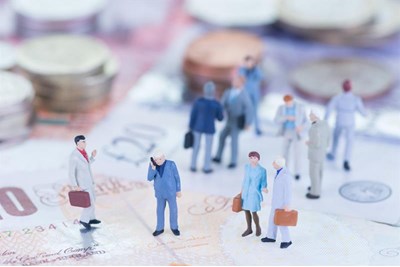 the challenge for businesses I feel is not the gender pay gap reforms that is driving openness but social media driven society that wants a culture of sharing everything about 'you'. This goes ...

Pay is becoming more transparent at organisations, according to the Reward Management Survey from the CIPD.

The study of 700 employers found that 68% are open about how pay levels and pay increases are set, with 31% favouring ‘great’ transparency.

In the CIPD’s last Reward Management Survey (2015) only half of respondents were in favour of pay transparency unless compelled by legislation. But in this latest report, 71% of employers reported that they are open about how pay rises have been calculated, and 59% were transparent about the size of wage increases awarded.

“Informed candidates want and expect pay transparency and employers that are not willing to meet those expectations will stand out. Salary and salary progression are still a key influence on a candidate's decision to join an organisation and similarly are a major driver for leaving to go elsewhere."

The research suggested that this openness may, in part, be driven by the introduction of practices such as gender pay gap reporting, which requires organisations with more than 250 employees to publicly disclose their gender pay gap by April 2018.


Charles Cotton, senior reward and performance adviser at the CIPD, said that there are strong indications employers are increasingly willing to be open about the processes behind their pay decisions. “This trend is part of a much wider shift in business accountability, which we’re seeing through gender pay gap reporting and calls for greater transparency on executive pay,” he said. “Fairness, inclusion and equal opportunity are at the heart of good work and increased transparency gives organisations the chance to explore their pay practices, as well as shed light on wider workforce issues.”

Whitby added that candidates are increasingly making decisions based on pay transparency. "The general consensus is that the best course of action to ensure equal pay for equal work is partly down to more transparency on salary at all levels,” he said. “We know 90% of employees agree there should be equal pay for equal work and 60% say they will not apply to work at a company where they know there is a gender pay gap. In this war for talent, as an employer you are cutting off your access and ability to hire the best employees over the long term if you're not addressing this problem head-on."

the challenge for businesses I feel is not the gender pay gap reforms that is driving openness but social media driven society that wants a culture of sharing everything about 'you'. This goes against historical beliefs that your pay was confidential and not to be shared. Business will need to be careful as GDPR will demand tighter restriction on data and not more openness. As a business our ability to 'share' will be extremely restricted.

It's a myth that Data Protection law - including the new GDPR - prevents employers sharing employee salaries. Salaries are protected under DP law because and only because there's a reasonable expectation they will be kept private. Employers can simply change the expectation and tell their employees pay isn't - or will no longer be - private in their company. Individuals have the right to complain, but if the aim is to make pay fairer for everyone it will be very hard for an individual to prove any harm.