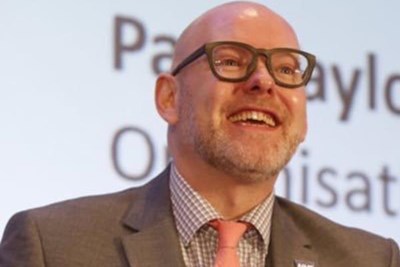 At the same time he volunteered for the Terrence Higgins Trust and was trained as a trainer, sparking a lifelong interest in helping people exceed their potential.

After five years working in learning and development roles in social care, Taylor-Pitt moved into the NHS. The next decade was spent working in senior workforce development, education, HR and OD roles.

He now holds the unique role of serving the national NHS OD community which he built and has grown over the last six years. With colleague Karen Dumain, he leads Do OD, whose goal is to transform systems and improve patient care.

In January an external company was commissioned to carry out an independent evaluation of Do OD which attracted 170 people to take part in online survey and telephone interviews. It found that 85% felt Do OD has helped them learn about new techniques and OD developments, 82% were inspired by access to OD experts, and 79% now feel more able to explain OD to others. Additionally 80% said that the contact they make with other OD practitioners is valuable.

Over the last year Taylor-Pitt has designed and delivered the annual OD in the NHS conference, attended by 200 OD practitioners; developed resources for the NHS OD community including CPD and capability assessment tools; run events on transformational collaboration for NHS CEOs, board members and OD practitioners; and produced three short films showcasing the power of OD.

Outside the NHS he has presented his doctoral research at the CIPD Applied Research Conference 2018, presented at the civil service OD&D Conference 2018, and was part of discussion and focus groups to shape the OD section of the updated CIPD profession map.

In addition to his OD work, he led on a national programme aimed at reducing levels of bullying in the NHS. He wrote the guide to Tackling Bullying in the Ambulance Service which was endorsed by the National Ambulance Trust CEO forum.