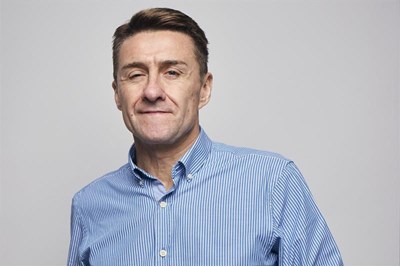 Having completed an economics degree, his HR career began in the manufacturing sector in the industrial relations era of the mid-'80s. He spent four years at Leyland DAF in a variety of employee relations roles, before moving to BAE Systems in the early-'90s. He spent 13 years in a variety of senior HR roles in BAE's defence businesses and the group HQ, latterly holding the role of group HR and quality director in MBDA, a European joint-venture guided-weapons business.

In 2004 he moved sectors to join Vodafone as UK HR Director and progressed to the role of Regional HR Director for Vodafone's European operations, a role he held for more than five years, during a heavy period of organisational rationalisation and change.

In 2013 he joined Perform Group, one of the world's largest digital sports media companies as Chief People Officer. He is responsible for all aspects of the business' global people agenda and has played a key role in supporting the rapid international growth of the business. In 2018, the business restructured and re-branded to DAZN Group and is now a global OTT leader in digital live and on-demand Sport. The DAZN on-line subscription service is now live in 10 counties, with more to follow.

As well as enjoying a long and varied operational HR career, Chesworth has a keen interest in the academic side of the HR discipline. He is a fellow of Lancaster University and spent a number of years as chairman of the Lancaster University Centre for Performance-Led HR. He has a passion for personal fitness and wellbeing and has represented Great Britain on a number of occasions at Olympic Distance Triathlon.