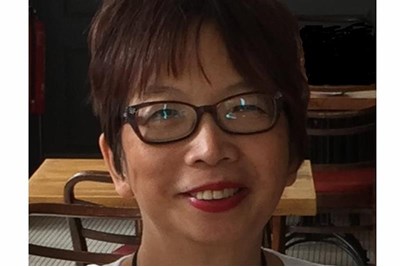 Mee-Yan Cheung-Judge has worked directly with a number of organisations across sectors, industry and global regions to deliver powerful transformational change, which is what she is known for. She led one of the world’s largest changes at the BBC – involving 17,000 people. She has also led major cultural change in a number of global pharmaceutical, retail, energy, and media organisations. Cheung-Judge was the lead consultant to transform the state-owned multimedia organisation in the United Arab Emirates over 24 months, and for close to four years she was the senior international consultant leading Singapore in its nationwide public service transformation programme (2012 to 2016).

Cheung-Judge is a senior visiting fellow at the Roffey Park Management Institute and the Singapore Civil Service College, a guest faculty member on the Gestalt Certificate programme, and on the faculty of the Duke University executive programme. She is a professional member of the NTL Institute, and was a trustee on the board of the OD Network in the US. She founded the OD Network in Europe, where she remains as a special advisor.

She is the author of a number of OD articles, books and reports and has been a member of the editorial board of the Journal of OD Practitioners since 2014. As an educator she has trained more than 1,000 senior HR business partners in how OD can support their role, played a vital role to start the OD certificate programme at Roffey Park, and was the founding dean of the NTL OD certificate programme in Europe for more than 11 years (2006 to 2017). Her book Organisation Development (with Linda Holbeche) has become a standard textbook in the training of OD practitioners globally. It was translated into Chinese and will be officially launched in Shanghai in November 2017.

She was voted by HR magazine as one of the Most Influential Thinkers in 2008, 2013, 2014, 2015, and 2016. In October 2013 she received the highest award from the US OD Network – the Lifetime Achievement Award – in recognition of her outstanding contribution to the field of OD globally. In August 2016 she was presented with the Richard Beckhard Award for Contribution to the Field of OD by IODA, which is the global OD professional association.

What makes an effective OD practitioner?