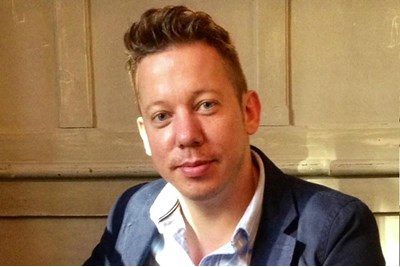 He joined rapidly-growing Black Sheep Coffee as HR director at the end of 2018 to support its ambitious expansion both in the UK and internationally.

Prior to Black Sheep Reick was people director at LEON where he was responsible for the overall people strategy, overseeing recruitment, HR, training and development, wellbeing and culture.

Reick spent three-and-a-half years at the fledgling Bill’s Restaurants as part of the team of directors who took Bill’s from newcomer to nationwide restaurant brand during its expansion phase.

No stranger to large-scale businesses, he also spent more than six years at The Restaurant Group (FTSE 250) as head of recruitment while the group was going through a period of significant growth, nearly doubling in size up to almost 500 sites.

Reick has a passion for attracting young people into hospitality and is promoting the sector as an industry of choice. He has a track record of creating HR strategies where employer and consumer brands are aligned and where HR adds commercial value to businesses. Reick is a frequent speaker and panellist at events and conferences on topics such as employee wellbeing, innovative team engagement strategies and flexible working. He has won a number of awards on these topics.