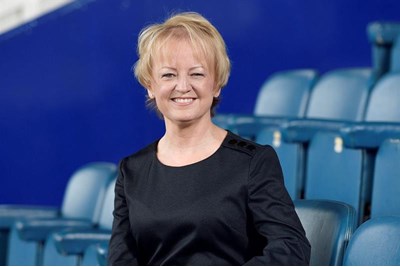 ​Healey has worked in HR for more than 27 years, beginning her career in operations then moving to a training role at Asda

Healey has held roles at Focus DIY, Do It All, First Quench and in the financial sector before entering the world of football with positions at Premier League clubs Blackburn Rovers and Wigan.

In 2018, under Healey’s leadership, Everton became the first Premier League club to enter The Sunday Times' 100 Best Companies to Work For list. In 2019 the club made the list again – jumping 25 places and increasing from a one to two stars Best Companies rating.

Healey has developed and led an extensive people engagement strategy at Everton, moving towards a people partner model and encompassing reward and recognition, pay and benefits, work environment and staff welfare across the Club, its award-winning charity Everton in the Community and Everton Free School. In 2016 Everton became the second Premier League club to be accredited as a living wage employer and is a principal partner of the living wage movement.

Healey leads the club’s inclusion and diversity strategy, which saw the launch of the All Together Now campaign, and the club achieving a number of firsts – such as being the first Premier League club to become a Disability Confident employer.

Healey was shortlisted for the HR Excellence Awards HR Director of the Year 2019. She is an Industry Ambassador with Edge Hill University.

Podcast: Don't be afraid of IR35

Video: All Together Now launch video

Liverpool Echo article: Why Everton is one of the best places to work in the UK