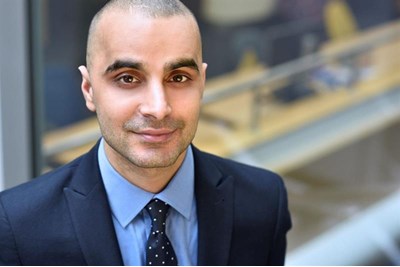 ​Kessar Kalim is the director of HR at the London School of Hygiene and Tropical Medicine, a globally-renowned public research university reputable for its research, postgraduate studies and continuing education in public and global health

Prior to joining LSHTM, Kalim held a number of HR roles at the Children and Family Court Advisory and Support Service (Cafcass), the public body that provides support to families and children going through the family courts, and is the largest employer of social workers in England. Kalim has supported the CIPD’s Enterprise Adviser Programme, working directly with school and college leaders in London to develop effective employer engagement plans to enhance careers education for pupils and students.

Kalim was named in HR magazine’s 2018 Most Influential List (Making Waves category). At the HR Excellence Awards in 2015 Kalim received a ‘Highly Commended’ in the ‘HR Practitioner of the Year’ category. In the same year Kalim became the first individual winner of the ‘Gold Award’ at the Personnel Today Awards, also collecting the accolade of HR Business Partner of the Year at the same event.

Kalim’s articles and features have appeared in various HR publications on topics including leadership, talent management and the future of HR.