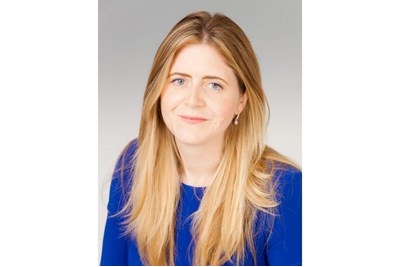 In April 2018 she was part of the executive team that led the successful change of ownership of Pizza Hut Restaurants from Rutland Partners. The transaction was supported by debt financing provided by Pricoa. The purchase demonstrates a long-term leadership commitment and personal investment in the much-loved Pizza Hut brand.

Austin’s challenge has been to radically change the customer and team experience to re-position the brand as appealing to Millennials while remaining a family favourite. Her joint HR and marketing role is a manifestation of the business’ view that the frontline Hut teams best represent the Pizza Hut brand, and a core belief that your guest is never going to feel happier than the team members serving them.

Culturally the business has been turned on its head; with an empowered frontline determining investment plans and every team member able to contribute to head office decision-making via internal social media. Service and people are at the heart of the turnaround story, which has achieved many accolades including Papa recognising Pizza Hut as the 'Best Restaurant Chain’ in the UK for two consecutive years.

Kath’s mission is to build the reputation of careers in the hospitality sector. She works with various bodies to develop hospitality Apprenticeships and qualifications from entry to MBA. By day, Kath is a senior owner of Pizza Hut Restaurants UK, responsible for People & Marketing. By night, Kath lives in West Wales and spends her time mentoring local businesses including the national award winning concept ‘Crwst’. Kath is also a Non- Executive Director for Bluestone National Park Resort.

Austin is now on a mission to reposition the reputation of the entire industry, making hospitality a career of choice for school- and college-leavers.

Prior to the Hut, Kath worked globally for Yum Brands! and has over 10 years experience in the financial sector including Barclays and Lloyds Banking Group. Kath started her career with British Airways and her early claim to fame was that she won ‘Young Cook of Great Britain’ and judged Junior Master Chef.

Kath has been recognised as an industry leader awarded HR Magazine’s ‘HR Director of the Year’, ‘Most Influential’ & HR Excellence Awards ‘HRD of the Year’. Kath was also awarded the status of ‘Companion’ by the Chartered Management Institute.