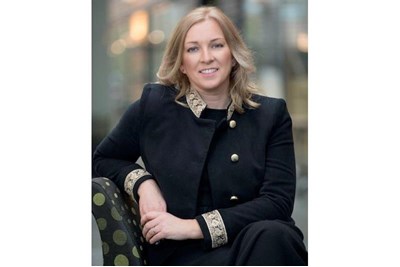 ​Mitie is the UK’s leading facilities management business, employing 52,500 people in the UK and Ireland

It works in partnership with organisations to provide a wide range of services – from real estate and energy consultancy, compliance, risk assessment and security systems to cleaning, catering and environmental services. Mitie manages and maintains some of the nation's most recognised landmarks and high-street buildings.

Davis joined Mitie 18 months ago as group HR director and is a key member of the new executive leadership team. They had the single aim of turning the business around. Eighteen months later with a solid set of financial results behind them, a 12% increase in employee engagement and recognised as a Top Employer, they’re transforming the troubled sector. She describes herself as a ‘retailer at heart, working out of sector’ but loving it.

Prior to joining Mitie Davis was group HR director of Itsu, where she led her team to win the ‘HR and L&D team of the year’ award and was also the overall winner of the CIPD People Management Awards 2017.

She has also held a number of senior HR positions with Sainsbury’s, both in the UK and in China, Santander, Accenture and Arcadia. Her passions are turnarounds and start-ups.

She chairs the Social Value Committee, is a director of the Mitie Foundation and is a regular blogger, presenter and thought leader in both HR and FM.

Davis is a psychology graduate from University College London.