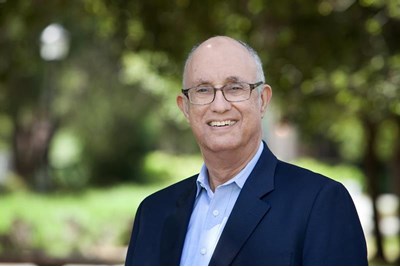 Jeffrey Pfeffer is the Thomas D. Dee II professor of prganizational behavior at the Graduate School of Business, Stanford University where he has taught since 1979

Jeffrey Pfeffer is the author or co-author of 15 books including:

And more than 150 articles and book chapters.

In March 2018 HarperCollins published Pfeffer’s latest book, Dying for a Paycheck:How Modern Management Harms Employee Health and Company Performance—And What We Can Do About It.

Pfeffer currently serves on the board of directors of Berlin Packaging, on the advisory board for Collective Health, and on the board of non-profit Quantum Leap Healthcare. In the past he has served on the boards of Resumix, Unicru, and Workstream, all human capital software companies, Audible Magic, an internet company, SonoSite, a NASDAQ company designing and manufacturing portable ultrasound machines, and the San Francisco Playhouse, a non-profit theatre.

Pfeffer has presented seminars in 40 countries throughout the world as well as doing consulting and providing executive education for numerous companies, associations, and universities in the United States. He won the Richard D. Irwin Award presented by the Academy of Management for scholarly contributions to management and numerous awards for his articles and books. He is in the Thinkers50 Hall of Fame and has been listed as one of the Most Influential HR Thinkers by HR magazine. In November 2011 he was presented with an honorary doctorate degree from Tilburg University in the Netherlands.