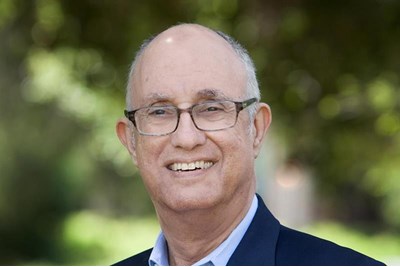 He is the author or co-author of more than 150 articles and book chapters as well as 15 books, including Power: Why Some People Have It—and Others Don’t, Leadership BS, The Knowing-Doing Gap, and The Human Equation: Building Profits by Putting People First. In May, 2018, HarperCollins will publish his latest book, Dying for a Paycheck.

Pfeffer received his B.S. and M.S. degrees from Carnegie-Mellon University and his Ph.D. from Stanford. He received an honorary doctorate from Tilburg University in The Netherlands and has won numerous awards for his books and articles, including the George R. Terry Book Award and the Richard D. Irwin Award for scholarly contributions to management from the Academy of Management. He is listed in Thinkers 50 and regularly appears on various other lists of important management thought leaders.

Pfeffer has given talks in 39 countries around the world. He currently sits on the board of Berlin Packaging and the non-profit Quantum Leap Healthcare. In the past he has served on several human capital software company boards as well as other for-profit and non-profit boards.

How to win power and influence people

Why are employees more loyal than their employers?

Is your employer killing you?

The reputation economy and its disconnects