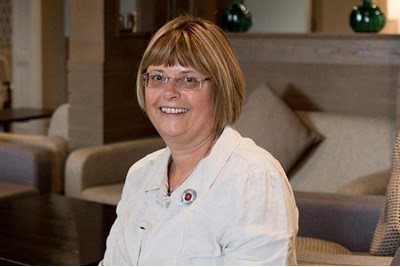 She has been at NTU since April 2016 and has led the delivery of the university’s people strategy. NTU has achieved much external recognition for its work; particularly in relation to social mobility and the student experience. Over the past three years it has been recognised as University of the Year by Times Higher Education, The Times, The Sunday Times and The Guardian. During the past three years she has introduced a number of innovations including a new approach to recognition and reward.

Before NTU she was HR director at the University of Lincoln. She has worked in higher education (HE) since 2002 and is currently the treasurer for the Universities Human Resources Association and an active advocate for HR within the sector. She acts as a mentor to newly-appointed directors and presents at conferences inside and outside the sector.

Prior to joining HE she worked in a variety of other sectors including health, retail and manufacturing as well as spending time lecturing on HR. She has been a trustee of Healthwatch and The Postal Museum where she offered guidance and support at a period of significant change with the development and launch of a new visitor attraction ‘Mail Rail’ and a new visitor centre.

Billam is a qualified coach, teacher and neuro-linguistic programming practitioner.