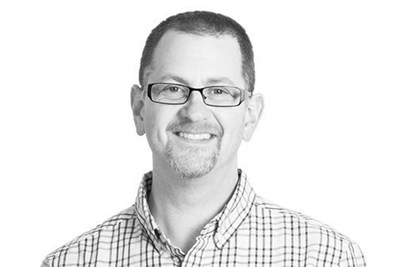 In 2010 Traeger co-founded Mayvin, a leadership and organisational development (OD) consultancy that enables organisations to confront and take control of the complex challenges they face. He specialises in providing coaching, facilitation and supervisory support in a mindset informed by OD, action research and diversity. His clients are usually senior leaders and internal change people in large, often global, concerns such as the governments of the UK and Singapore, in the pharmaceutical and financial sectors and in the NHS.

Prior to launching Mayvin Traeger had a brief but prize-winning stint in theatre production, worked his way up to be a general manager in a commercial photo agency, and was invited to be a senior consultant at Roffey Park for four years. Between 1995 and 2006 he had a consulting business with clients including Barclaycard, the Metropolitan Police Service, Surrey County Council, Thus and the University of Cambridge.

He created the Navigator Men’s Development Programme and won acclaim for his work on the Metropolitan Police’s ‘gender agenda’, an area of specialism that became the focus of his doctoral research at the University of Bath, which he completed in 2009. As a result of this he was invited to be a research fellow at Hult Ashridge Executive Education, where he is also a faculty member of the doctorate in organisational change.

Traeger is collaborating on a number of research projects with Rob Warwick, reader in management and organisational learning at the University of Chichester. Traeger and Warwick’s book, Organisation Development A Bold Explorer’s Guide, was published in 2018. The book challenges the received building blocks of organisation development, putting the curious reflexive individual at the heart of their own development. Traeger and Warwick are now working together to explore practice-based learning: how to learn close to the grain of the work at times of discontinuous change. As part of this they are delving deeper into ‘artful knowing’; exploring how taking an imaginative creative approach to work can help people to meet organisational challenges.

Traeger lives in Surrey, where he is an active member of his faith community and father of two teenage children. He enjoys running and will play five-a-side football until his knees give out. He is also a member of a thriving local book group. He looks forward to his retirement activities of making model aeroplanes and flying gliders, both of which he has started early.

Traeger regularly writes for the Mayvin blog and has developed a toolkit for Restorative HR, a pioneering field of practice that brings together HR and OD with restorative justice to help people solve HR problems for themselves.