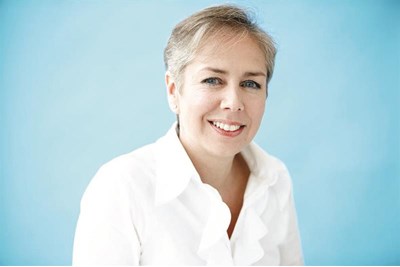 Orme's just under four-year tenure at the helm of the CIPD was marked by her goal to deliver a stronger, more strategic and confident profession

Jackie Orme was nothing if not controversial. In an interview with this magazine in 2009 she stated that the problem with HR was that there had never been enough good people working in it. Advancement in the discipline, she said, had relied on a "handful of witch doctors" rather than a pipeline of talent.

This may seem provocative from the then head of HR’s professional body, the Chartered Institute for Personnel and Development (CIPD), but at the time she was articulating what many outside, and inside, the profession thought. Indeed, her straight-talk was a breath of fresh air designed to shake up complacency. And with a 17-year career in HR culminating in chief people officer for PepsiCo in the UK and Ireland, where she sat on the UK executive board for PepsiCo International, Orme was not only well placed to understand the true value HR can bring to business, but she was also deeply passionate about its future.

Her just under four-year tenure at the helm of the CIPD was marked by her goal to deliver a stronger, more strategic and confident profession, one that was fit for the future. This included articulating the role HR plays in the link between culture, leadership and sustainable performance and the development of a roadmap for the profession, based on deep insights into an organisation's context and emphasising the types of behaviours and applications of knowledge that result in effective performance.

Orme started her working life at the Department of Employment after graduating from the University of Birmingham in 1987, where she studied modern history and politics. She worked in a recruitment consultancy and then as graduate recruitment officer for the Institute of Chartered Accountants in England & Wales before moving into HR in the steel industry in the early 1990s. In 1995 she joined PepsiCo as HR manager responsible for manufacturing and logistics at its Walkers Snack Foods factory in Swansea, moving up to take responsibility for the firm’s organisational and management development, before becoming HR director operations, and then VP, HR of PepsiCo, UK and Ireland.

She took the top job at the CIPD at the beginning of the global recession, forcing her into making some difficult decisions in her first year, including closing the final salary pension scheme and making redundancies. But her vision and ambition inspired many within the association as well as in the profession as a whole. Dean Royles, then director of NHS Employers and chair of the CIPD, remembered her as a “very effective and successful leader for the CIPD, leading it forwards and growing in to new areas, making a wider and profound impact on so many people”.

Orme had already made a significant impact when she was diagnosed with pancreatic cancer late in 2011. She passed away in July 2012 aged just 46, leaving a legacy and vision for the future of the profession that today’s CEO, Peter Cheese, has determinedly built upon.