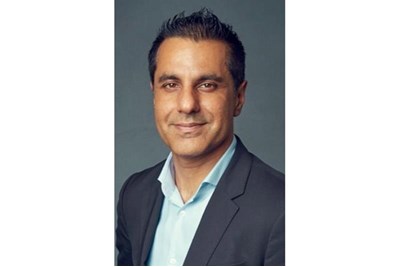 Jabbar Sardar is HR director for BBC Studios, the commercial subsidiary of the BBC that oversees TV production, channels and distribution globally

With more than 5,000 people (3,000 staff and 2,000 freelancers) based across 16 countries, the organisation was formed in April 2018 by merging the legacy distribution (BBC Worldwide) and production (BBC Studios) arms of the BBC. BBC Studios assists the BBC’s public service mission by reinvesting its profits back into the BBC. Over the past seven years the company has generated revenues of £1.4 billion and returned £200 million annually to the BBC Group.

Sardar joined the BBC in January 2016 and reports in to BBC group HR director Valerie Hughes D’Aeth. For the past five years he has featured as one of HR magazine's Most Influential practitioners. Sardar oversees all people activities for the company, with an ambition to make BBC Studios the best company to work for in the media sector.

Sardar joined the BBC from Cafcass, where he was director of HR and OD. Here he led an agenda of total organisational and cultural change, moving Cafcass from being ‘on the edge’ in 2010 to ‘cutting edge’ in 2014, culminating in 2014 when Cafcass was assessed by Ofsted as ‘Good with Outstanding Leadership'. Before Cafcass Sardar was a senior HR professional within a number of large public sector organisations.

Sardar is chair of the international advisory board of the School of Management at the University of Bradford, and has been a trustee of Roffey Park since April 2018. He is also on the steering group for the Employers' Initiative on Domestic Abuse (EIDA).

HR magazine article: HR needs to up its game

HR magazine article: What will the 'next generation' HR function look like?.

HR magazine article: HR has frequent inability to be entrepreneurial

HR magazine article: A rise in public-private partnerships will force both sectors to work together

HR magazine article: Does the public sector know how to nurture the Susan Boyles in its midst?