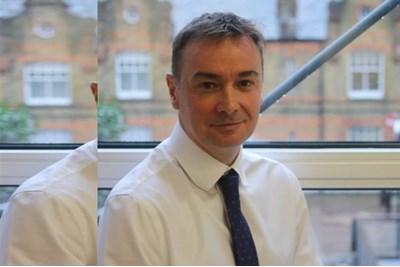 Nicholas sits on the global board of REED, alongside the CFO and the chairman and chief executive James Reed. The three of them oversee all group operations

REED has grown organically to a turnover of around £1 billon and is the most-recognised recruitment brand in the UK, with operations in EMEA and APAC. The company’s purpose is ‘improving lives through work’ and its ethos is to flourish through innovation and service excellence. As well as providing recruitment services and solutions, REED also has a strong foundation in online learning, the provision of screening services, and the provision of public services – helping to positively transform people and their communities.

The business encourages philanthropy. The Reed Foundation was set up by Alec Reed and has owned 18% of the group for more than 30 years. The funds directed to the Foundation are at the heart of the company’s charitable giving.

Nicholas joined REED in 2004 as HRD of one of its businesses, and he also opened and ran a specialist HR recruitment arm. In 2007 the company merged its recruitment businesses and Nicholas was appointed as HRD for the newly-formed Reed Specialist Recruitment. In 2013, while retaining his HR responsibilities, he was appointed as MD for RSR Managed Services and during a two-year period of successful growth he led the re-shaping of the business into what is now the highly-regarded Reed Talent Solutions brand. In 2015 Nicholas was appointed to CHRO with responsibility for all people strategies across the group and in 2017 he was appointed to the Reed Global board.

Nicholas supported the Trailblazer group that set up Level 2 and Level 3 apprenticeships for the recruitment industry. At the same time REED gained employer provider status and now has 250 apprentices going through its programmes, which recently received national recognition for their Apprentice Awards.

Nicholas began his working career at British Steel, working within the operations, logistics and production planning functions while also having his first taste of HR within the Tinplate businesses. In 1996 he joined Chubb, progressing through various management roles until he was appointed as HRD for its UK businesses.

Outside of work Nicholas played tennis to a high level and became a qualified coach. He now sits on the Northamptonshire Lawn Tennis Association Committee as a volunteer.

He is happily married to Emma, with two daughters aged 13 and 10.