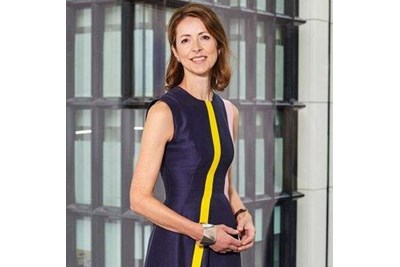 After returning to London she joined Newton in 1994 as a junior fund manager and was appointed CEO in 2001. During her fifteen years leading the firm, assets under management grew from £20 billion to over £50 billion. She is now Chair of the Investment Association, the UK’s industry trade body whose members manage more than £5 trillion.

In 2010, she founded the 30% Club, a cross-business initiative to achieve better gender-balanced UK company boards through men and women working together on a voluntary actions. The 30% Club approach has been adopted internationally, including in the US, Hong Kong, Ireland, Italy, South Africa, Australia, Canada, Malaysia and the Gulf Co-Operation Countries. Morrissey also chairs Business in the Community’s (BITC) gender equality campaign, part of the Prince of Wales’ Responsible Business network.

Morrissey has been named one of Fortune Magazine’s World’s 50 Greatest Leaders. She has twice been voted one of the 50 Most Influential People in Finance globally by Bloomberg Markets. She is a regular media commentator on topics including climate change, executive pay and Brexit.

She is a fellow of London Business School and was awarded an Honorary Doctorate by Cambridge University in 2016. She was appointed CBE in the 2012 New Year’s Honours list for her contribution to the role of women in business.

Morrissey’s book A Good Time to Be a Girl was published in February 2018. In it she sets out how we might achieve the next big breakthrough towards a truly inclusive modern society. Making a powerful case for diversity and difference in any workplace, she shows how we can develop smarter thinking and broader definitions of success.