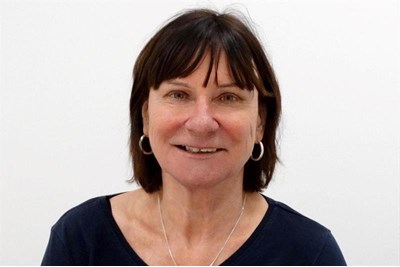 This has contributed to very significant year-on-year growth in the charity’s services, its contract and fundraised income, its reputation, and its influence on central and local government in respect of policy affecting homeless people.

Prior to that she worked for Broadway Homelessness and Support for 12 years, during which time the charity won multiple awards for excellence in all dimensions of people practice, including HR Excellence Awards for Best HR strategy, Best learning and development strategy, Best third sector HR initiative and Best public sector HR team. During this time Broadway also regularly featured in the Best Companies listings.

In 2004 Giles set up Real People, the first social enterprise of its kind and a pioneer model of resource-sharing in HR. Real People won Personnel Today’s HR Consultancy of the Year award in 2018.

Giles' particular areas of interest are organisational development and the promotion of high standards of governance, leadership, and employee wellbeing and engagement in the public and third sectors. She is also a dedicated advocate of diversity and inclusion and workplace support for people experiencing mental health issues. In 2016 St Mungo’s won the Inclusive Workplace Culture category in the BITC Race Equality Awards, the Excellence in Diversity Award, and was listed ninth in the Top 50 Inclusive UK Employers list. In 2018 St Mungo’s was highly commended in the CIPD Awards Diversity & Inclusion category and the BITC Race Equality Awards Leadership category. In 2019 St Mungo’s was listed in 42nd place in Stonewall’s Top 100 employers for LGBTQ+ inclusion and was named as one of 14 Top Trans Employers. St Mungo’s is also very proud to have no gender pay gap.

Giles is a frequent speaker at conferences and has had many articles published in HR and broader press. She a regular columnist for Charity Finance.

She has frequently mentored senior HR practitioners who have approached her for advice in achieving HR transformation in public and not-for-profit organisations. She currently focuses on mentoring BAME staff internally as part of St Mungo’s BAME positive action strategy.

Giles' personal interests include music of all kinds, reading biography and social history, collecting early-20th century ephemera, walking the greyhound and enjoying holidays in France and the US.