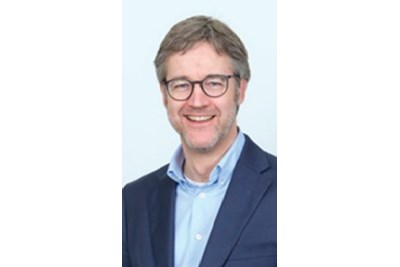 Francis has functional leadership responsibility for human resources and communications across 5,500 employees and a much larger extended supply chain.

Francis is also chairman of the Skanska pension trustee board and a member of Skanska’s ethics committee and project tender review board.

Skanska has won a number of awards for its people-related focus, including Construction News’ Employer of the Year Award and Diversity and Inclusion Champion Award, CIPD HR Team of the Year, and HR magazine Excellence Awards' HR Team of the Year. It was also ranked at number three in the Top 50 employers in the UK’s first-ever Social Mobility Employer Index.

Francis spent the early part of his career in retail management before moving into HR, working for House of Fraser, Virgin Group, BT and Pfizer before joining Skanska in 2007.

He was listed on HR magazine’s ‘Most Influential’ for the construction sector in 2015, 2016, 2017 and 2018 and was a previous finalist for HR magazine Excellence Awards' HR Director of the Year. He is a member of the Chartered Institute of Building’s policy board, and Construction Manager magazine's editorial advisory board. He also served on the All-Party Parliamentary Group for Excellence in the Built Environment’s enquiry into driving modernisation and training in the built environment post-Brexit.

In his role at Skanska, Francis has driven, and continues to drive, significant change; including the development of organisational culture, values and structure, business ethics, and the introduction of a people strategy to guide the organisation through the recession and post-recession economic cycles. His specialities include business transformation, organisation development, culture change, people strategy, HR transformation, and talent management.

His current focus is on digitalisation of both the organisation and the HR function.