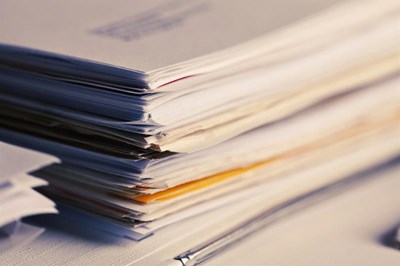 Nearly two-thirds (63%) of gig economy workers believe the government should regulate to guarantee them basic employment rights, according to a report from the CIPD.

To gig or not to gig: Stories from the modern economy found that 4% of UK working adults aged between 18 and 70 are working in the gig economy, which is approximately 1.3 million people.

More than half (57%) of gig economy workers agreed that gig economy firms are exploiting a lack of regulation for immediate growth, and 14% said they do gig work because they could not find alternative employment.

Overall, however, gig economy workers are about as likely to be satisfied with their work (46%) as people in more traditional employment are with their jobs (48%).

Half (50%) also agree that people working in the gig economy choose to sacrifice job security and workers’ benefits in exchange for greater flexibility and independence.

Only a quarter (25%) of gig economy workers reported that it is their main job, suggesting most use it to boost their overall income rather than depend on it. However, 60% say they don’t get enough work on a regular basis in the gig economy, with median reported income ranging from £6 to £7.70 per hour.

Speaking at the launch of the report, Kate Bell, head of the economic and social affairs department at the TUC, suggested the flexibility offered by the gig economy could be replicated in traditional employment. “Choice is important, and the fact that people can fit gig work around their other commitments is good, but why can’t that be offered in standard employment?” she asked.

Nita Clarke, director of the IPA, argued that the rise of the gig economy was part of wider disruption to the labour market caused by a variety of external forces. “Unemployment figures are at the lowest point since the 1970s, but wages are not keeping pace with inflation,” she said. “AI and automation will have a huge impact on the workplace, and will affect some jobs that in the past escaped change."

Also speaking at the event, Jill Maples, HR director of Hermes, argued that not all firms who have been labelled as part of the gig economy truly fit the category.

“People see ill-treatment, irregular earnings and instability as part of the gig economy, but that isn’t what Hermes is,” she said. “Some of our couriers have been with us for 20 years, and if they were treated that way then they would not have stayed. We are underpinned by a strong code of conduct, so that we treat everyone with dignity and respect.”

Hermes was one of the organisations questioned by MPs as part of a House of Commons Work and Pensions Committee examination into the gig economy. Its CEO Carole Woodhead was forced to defend its practices alongside representatives from Uber, Deliveroo and Amazon after an investigation by The Guardian found that some Hermes couriers were being paid less than the minimum wage.

Peter Cheese, chief executive of the CIPD, called on the government for more clarity. “It is crucial that the government deals with the issue of employment status before attempting to make sweeping changes, else they risk building foundational changes on shifting sands,” he said.

“We welcome the chancellor’s decision to wait for the Taylor Review before looking to make any changes in tax levels. We would like to see a full consultation on the complex issue of employment status, which explores whether it is possible to have greater clarity and consistency on this issue across employment, tax and benefits.”

The CIPD spoke to 400 gig economy workers and 2,000 other workers for the To gig or not to gig: Stories from the modern economy research.