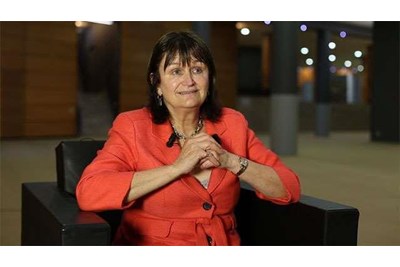 Denise Rousseau is the H.J. Heinz II professor of organisational behaviour and public policy at Carnegie Mellon University's Heinz College and Tepper School of Business. She is the faculty director of the Institute for Social Enterprise and Innovation and chair of the university’s Health Care Policy and Management programme.

Denise Rousseau, who gained degrees in psychology and anthropology from the University of California, has served on panels for the Institute of Medicine, National Science Foundation and the National Institute for Education. Currently she is on the editorial boards of five scholarly journals.

She has been a visiting professor at universities in the UK, Singapore, Thailand and China, as well as an international visiting fellow of the Advanced Institute of Management in the UK, Dublin City University's School of Business and the University of Cardiff Business School.

Rousseau founded the Evidence-Based Management Collaborative, a network of scholars, consultants and practising managers to promote evidence-informed organisational practices and decision-making. The two-time winner of the Academy of Management's George Terry Award for best management book, Rousseau’s most recent book is 2006's I-Deals: Idiosyncratic Deals Employees Bargain for Themselves.

Rousseau's research focuses on the impact workers have on the employment relationship and the firms that employ them. It informs critical concerns such as worker wellbeing and career development, organisational effectiveness, the management of change, firm ownership and governance, and industrial relations. She is recognised in particular for developing the theory of the psychological contract, (Great Minds in Management).

Evidence-based practice: keeping health and performance in our line of sight

Changes in the psychological employment contract

Is there such as thing as evidence-based management?