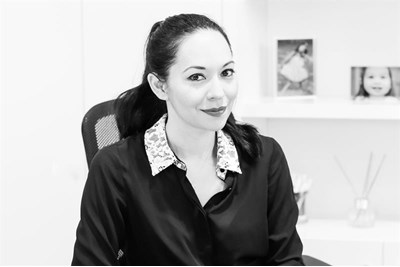 Here she is responsible for setting the people strategy, cultural, talent and leadership ambitions post-merger. She is having fun creating new possibilities leveraging the energy and talents of the predominantly female, millennial workforce and introducing new systems, tools and policies with the help of a globally diverse HR team.

In 1997 Lee joined the BT grad programme as an HR generalist and held several roles as a business partner. She later became BT's head of global enablement and led the global contract implementation, outsource and change across 38 countries in eight languages.

In 2006 she was made HR director for BT's consumer and enterprises division and oversaw the post acquisitions of Plusnet, Fresca and Ufindus. She was promoted to BT Retail's HR director where she was part of the executive team to acquire Tikit and launch BT Sport in 2013 to air from the site of London's Olympic Park.

From 2013 to 2015 as chief learning officer for BT, Lee created a global performance policy, cutting £10 million bureaucracy. She also: built the Academy and digital portal for learning, collaboration and knowledge management to 97,000 people globally in nine months; rolled out BT's flagship leadership training to 9,000 people and oversaw the improvement of leadership health; hired and developed 300 graduates, 1,700 apprentices, 1,500 trainees and 4,000 work placement; launched BT’s Tech Literacy campaign to 400,000 kids via 15,000 teachers and led the initial people and cultural integration stream for the £12.5bn acquisition of EE.

As chief HR officer for global services she led the cultural turnaround and restructure of 17,700 people, was the executive sponsor of the premium brands fashion vertical, and instigated the investigation into BT Italy's culture and practice irregularities.

She has been co-chair NCUB Talent Network and a member NCUB Women in Leadership Group for the National Centre for Universities & Business and was an active member of Deloitte's US-based CLO forum advisory board for two years. She is quite active on various social media channels and is often asked to contribute to various panel debates.

Lee has two daughters and a horse called Apollo.