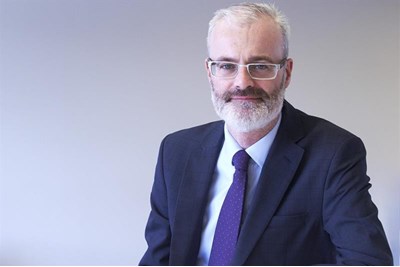 Mortimer has headed up NHS Employers, the employers’ organisation for the English NHS, since November 2014

NHS Employers leads on a variety of areas on behalf of its members, including national employment contracts and industrial relations, acting as their collective voice (most recently on the impact of Brexit) and providing support to their management of the largest workforce in Europe.

Mortimer first worked in the NHS as a porter during his university vacations and, after graduating, as a CSV care assistant. He was an NHS regional trainee in North Staffordshire (1993 to 1995) before undertaking HR business partner and general manager roles in hospitals in Bath (1995 to 1999) and Brighton (1999 to 2001). His first board-level posts were in NHS organisations in West Sussex (2001 to 2003) and Hertfordshire (2003 to 2007). He served as executive director at the hospital trust in Nottingham from 2007 to 2014, adding corporate strategy to his workforce and OD portfolios in 2009.

In addition to his responsibilities as chief executive of NHS Employers, Mortimer is a trustee of the Employers Network for Equality and Inclusion (ENEI) and the NHS Retirement Fellowship. He also serves as deputy chief executive of the NHS Confederation, of which NHS Employers is part. He is the management side chair of the NHS Social Partnership Forum (the standing joint national forum with NHS trade unions and the government) as well as a member of the Department of Health Ministerial Workforce Strategy Group and the Health Honours sub-committee for leadership and management. He writes and speaks widely on the workforce issues facing the NHS.

In the Summer of 2016 Mortimer convened a group of organisations across the UK social care and health sector to work together to address the workforce implications of the UK’s departure from the EU. The Cavendish Coalition now has 37 members from all four countries in the UK, drawn from representatives of statutory, private and charitable care providers, trade unions, professional organisations, education providers and local authorities. Mortimer continues to act as convener and chair of the group, which represents the employment of close to three million people across the UK with 14% of that workforce drawn from outside the UK.

Mortimer is a chartered fellow of the CIPD and lives in Nottingham.