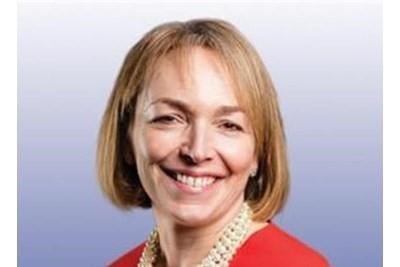 Focused on providing 'outstanding customer service' its unique culture is central to the bank’s success. Metro Bank listed on the London Stock Exchange in March 2016, is the fastest-growing bank in Europe, and was named Moneywise’s Most Trusted Financial Provider 2017 and highly commended for 2018. Harmer has helped build an outstanding executive team and created a unique approach to culture and training that attracts and develops great people; Metro Bank was a top 50 Glassdoor employer in 2017 and CEO Craig Donaldson was voted HR magazine’s Most People-Focused CEO for 2017 and a top 10 Glassdoor CEO for 2018.

Passionate about diversity, Harmer is the executive ally for Mpride (the bank’s LGBT+ group) and was recognised as a Financial Times OUTstanding Top Ally Executive in 2017. She is also a frequent media commentator on HR including participating in a recent panel on ‘side hustles’ at Henley Business School with none other than Professor Green. She is also featured in the website supporting June Sarpong’s book Diversify.