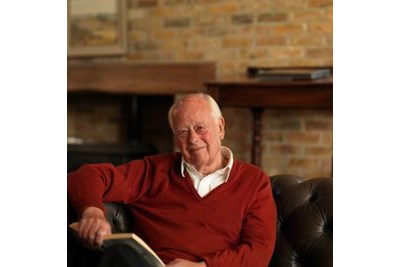 Charles Handy was the recipient of the first Lifetime Achievement Award in 2011.

"A great thinker and communicator”, "Others only imitate" and "His ideas are very innovative and reflective" - these are just some of the comments made about our first entrant to the HR Most Influential Hall of Fame. Given they are made by leading HR directors and academics, they are praise indeed.

But if anyone is worthy of these words it is Charles Handy – author, broadcaster, lecturer and social philosopher.

Handy has been writing and broadcasting about organisational behaviour and management for more than three decades and is a must-read for people in the field. One HR director describes him as being “as close to a people philosopher as you can get”.

Among the ideas Handy has advanced are the ‘portfolio worker’ and the ‘shamrock organisation’ (in which professional core workers, freelance workers and part-time/temporary routine workers each form one leaf of the shamrock).

In July 2006 Handy was conferred with an honorary doctor of laws by Trinity College, Dublin. Born the son of a Church of Ireland archdeacon, Handy was educated as a boarder at Bromsgrove School and Oriel College, Oxford. His business career started in marketing at Shell International. He was a co-founder of the London Business School in and left Shell to teach there in 1972.

Handy is married to Elizabeth Handy, a photographer who took the attached photograph and with whom he has collaborated on a number of books including The New Alchemists and A Journey through Tea. She has taken the copyrighted photo on this page. Their son Scott Handy is an actor who has played with the RSC.