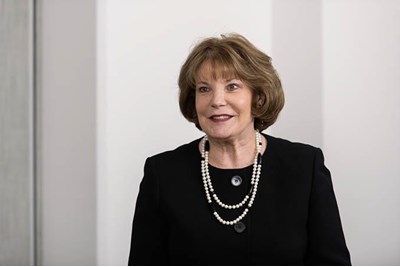 ​Anne Minto is that rare beast in HR, a former HR director who has moved into non-executive roles at some of the largest quoted companies in the world.

She is a non-executive director and chairman of the remuneration committees on the boards of biopharmaceutical company Shire, agribusiness Tate and Lyle and digital intelligence and operations management firm EXL. She is also an independent member of the Court of the University of Aberdeen and chair of the board of trustees of the University of Aberdeen Development Fund.

Minto was formerly group HR director at Centrica and sat on the executive committee until June 2011. She was also chair of the Centrica Pension Schemes for eight years until 2010 and is a former chair of the Institute of Employment Studies and the Engineering Development Trust. A qualified lawyer, her executive career includes senior management roles at Shell UK, deputy director general of the Engineering Employers' Federation and group HR director at Smiths Group. Her former non-executive directorships include Northumbrian Water and SITA UK. She continues to mentor several senior executive women in preparation for board roles. She was awarded an OBE in 2000 for services to the engineering industry.