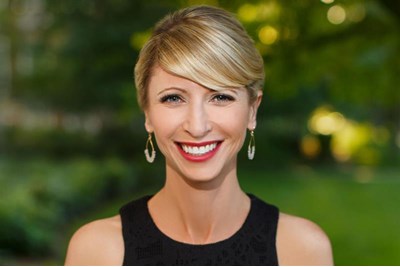 Nancee Swartz of Brookline, MA. I have attended Amy Cuddy's talks and think she is a wonderful speaker and industry leader on this topic. I hope to read her new book.

​Amy Cuddy is known around the world for her 2012 TED Talk, which is the second most-viewed in TED’s history

Early in her college career she suffered a traumatic brain injury in a car accident and doctors said she would struggle to finish school. But she proved them wrong. Today Cuddy is a professor and studies how our snap judgments – of ourselves and of others – affect our behaviour and outcomes from the classroom to the boardroom. Focusing on the power of nonverbal behaviour; the delicate balance of trustworthiness and strength; and the ways people can affect their own thoughts, feelings, and behaviours; she teaches thousands of students how to become more present and influential in their professional and personal lives.

Her 2012 TED Talk on the subject, 'Your Body Language Shapes Who You Are' has tens of millions of views and is the second most-viewed TED Talk of all time. The Guardian calls it one of 20 Online Talks That Could Change Your Life.

Cuddy has been named a 2014 Young Global Leader by the World Economic Forum, a 'Game Changer' by TIME magazine, one of the '50 Women Who Are Changing the World' by Business Insider, and a finalist for the Thinkers50 International Leadership Award. Her research has been covered in the New York Times, Financial Times, Wired, Fast Company, Economist, Boston Globe, and the Wall Street Journal, and on the Today show, CNN, and many other news outlets.

Cuddy’s research has been published in top academic journals and has received numerous accolades and academic awards. She’s been named a Rising Star by the Association for Psychological Science and received the Michele Alexander Early Career Award from the Society for the Psychological Study of Social Issues. Her work was featured as one of Harvard Business Review‘s Top 20 Breakthrough Ideas ('Just because I’m nice, don’t assume I’m dumb') and as one of the Top 10 Psychology Studies of 2010 by Psychology Today ('How to feel more powerful'). She also writes and blogs for Harvard Business Review.

Cuddy holds a PhD and an MA in social psychology from Princeton University and a BA in psychology from the University of Colorado. At Harvard she teaches MBA, executive education, and doctoral courses on power and influence, leadership, and decision-making. Prior to joining HBS she was an assistant professor at the Kellogg School of Management at Northwestern University.

She frequently speaks to companies and nonprofits around the world. She is also a classically trained (and still practising) ballet dancer. Cuddy lives with her husband Paul and son Jonah.

TED talk: Your body language may shape who you are

Nancee Swartz of Brookline, MA. I have attended Amy Cuddy's talks and think she is a wonderful speaker and industry leader on this topic. I hope to read her new book.