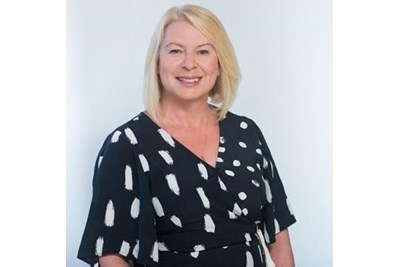 Prior to ABP Rumsey was group HR director and a member of the executive committee at Network Rail.

In her time at Network Rail she worked hard to establish a customer-focused culture and acted as a role model for female professionals and an advocate for collaborative working.

Her passion for putting people at the heart of an organisation developed Network Rail into a more inclusive and diverse organisation and she is looking to replicate her successes at ABP.

As a fellow of the Chartered Institute of Personnel and Development (CIPD) Rumsey has gained more than 30 years’ experience in both the public and private sectors; providing HR leadership to major organisations for infrastructure, rail, financial services and government.

Because of her concerted leadership style and dedication to improving the employee experience Rumsey was nominated for HRO Today Forum's HRD of the Year Award EMEA Leaders of Distinction in 2017.

She believes that HR has a fundamental role to play in supporting a business to be people-centric. In her previous role at the Department for Transport (DfT) Rumsey delivered a people strategy that futureproofed the organisation. It was designed to identify, retain and recruit the skills and capabilities required and galvanise emerging talent for the future.

Having dedicated her early months at the DfT to gaining a thorough understanding of the transport sector, Rumsey used her commitment to professional development to deliver the first high-potential transport development scheme (in partnership with Cass Business School) and later in 2014 she established the Rail Executive designed to ensure greater co-ordination of improvements to track and trains and to develop a framework agreement governing the relationship between DfT and Network Rail.