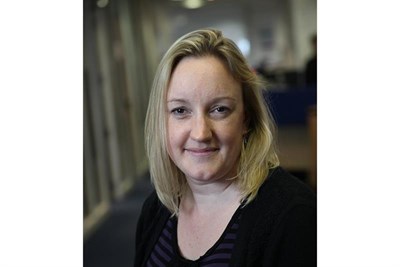 Alison Bell has been a HR professional for more than 15 years, starting in healthcare, waste management and aviation before moving into rail in 2012

During her time at London Overground (LOROL) as HR business partner and then deputy HR director, Bell led on the introduction of a driver-only operations project as well as supporting the 2012 London Olympic Games.

She joined MTR Crossrail in August 2014, a month after the organisation won the contract to operate the Elizabeth line and in her first HRD role. It was straight down to business as she had just 11 months to mobilise and recruit an entire company, from the executive team, to heads of department – with almost 100 employees recruited during that time. Bell led this process with a very small support team and at the same time had the task of working through the process of TUPE, as over 200 employees would transfer to MTR Crossrail on 31 May 2015 when the first services started running.

Bell has also put all policies and procedures in place from scratch and as this is a growing railway, building scalability into the HR role has been key. Recruitment is still ongoing, with a focus on diversity in recruitment. MTR Crossrail has won a number of recruitment awards and recognition for its approach.

Bell has also built strong relationships with all three recognised unions. Thanks to these strong relationships, MTR Crossrail has led the way in the rail industry as the first train operating company included on the register of apprenticeship training providers (RoATP) and approved to deliver apprenticeship training to employees through the ‘employer provider’ route.

A pragmatic HR leader, Bell has built a strong team and profile for HR across the business and is a key part of the decision-making process. She is recognised and respected for her focus on visibility both within the HR team and out on the network with frontline employees, always making sure she is approachable and available to listen.