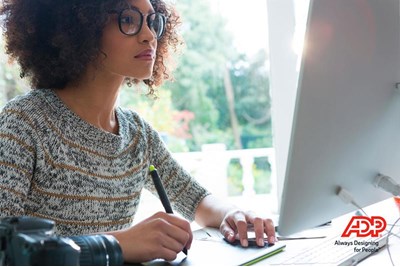 Despite the UK having some of the strongest employee protection laws in Europe, gender equality remains an issue facing our society today.

Over the past decade, we have witnessed the introduction of the Equality Act 2010, cementing legal protection for women during pregnancy or maternity leave, and gender pay gap reporting, which requires organisations with over 250 employees to publish figures about their gender pay gap.

Even though unequal pay has been in the spotlight for the last few years, it still remains a serious problem in our society today. It has been reported that women are paid on average 17.3% less than men, a figure that has improved only marginally in recent years.

While these regulations are put in place to protect women from facing adversities and to bridge gender pay disparity, we are now at risk of losing the advances made in past decades to level the playing field during the Coronavirus crisis.

A study by think tank Autonomy found that over one million of the jobs with the highest exposure to coronavirus pay poverty wages, and a staggering 98% of workers who are in these high-risk jobs and being paid poverty wages are women.

Not only are women more likely to be in lower paying jobs, but some of the primary sectors impacted by the crisis, such as travel and hospitality, have higher numbers of female employment. For families with children now at home, unpaid childcare labour will increase significantly as well - a majority of which will and have fallen on women.

Another research by the the Institute for Fiscal Studies also reveals that women are likely to be disproportionality affected by the economic fallout of the current crisis. Yet, the British government suspended gender pay gap reporting this year due to the unprecedented uncertainty and pressure facing companies because of the COVID-19 pandemic.

However, this move removes pressure on businesses to play an active role in helping women who are supporting their families while working remotely more than ever before. These compounding factors mean that it is likely the gender pay gap will widen, and employers should not ignore this within their organisations or risk alienating their workforce post-crisis.

Unfortunately, most businesses tend to revert to outdated and traditional ways of working when crisis strikes. This often makes it challenging for women to work and perform at their best due to the lack of support, flexibility in their teams’ attitudes, and accessible resources.

For instance, for some companies, pregnancy is treated as something to shy away from or a burden. In other circumstances, mothers who work from home are perceived as distracted and less committed to their job and therefore, do not get the same job opportunities offered to them.

In order to combat this stigma, employers must recognise these issues in their organisation, and educate their managers and team leaders. This should also be followed by implementing various processes and systems that will enable women to succeed even during these challenging times.

Where possible, companies can shift to more flexible work patterns to help parents manage their childcare duties and incorporate teaching time into work hours. By doing so businesses can play their part in creating an equal playing field for women during and beyond the lockdown.

Although job security is likely to be top of mind for most employees at the present moment, employers should consider the future consequences of side-lining gender pay gap reporting. According to the 2019 ADP Workforce View study, employee tolerance of the pay gap between men and women is wearing thin as workers’ attitude towards inequality has changed. And over two-thirds of employees (68%) state that they would consider looking for another job if they found out there was an unfair gender pay gap at their organisation.

This means, even though employees may not act during the current crisis, the way companies approach gender pay equality at this time will play a role in future employee attraction, staff retention and business success. And therefore, companies must continue to work towards achieving pay equity in their organisations as employees are prepared to vote with their feet, risking severe engagement, performance, and reputational issues for the businesses that fail to support their workers.

Despite widespread calls for change, the gender pay gap appears deeply ingrained in workplaces in the UK, and the best way to move the needle is to approach it from a social, political, and organisational perspective. Communities, the government, and companies need to work together to redefine gender roles in society; provide policies that nurture and prepare women for positions of power and businesses should design a workplace that works for everyone and ensure that women are getting a fair chance to progress in their career